World's only car with transparant seats?

I came across some nice shots of the Quasar Unipower lately and simply had to share them here. The car was the idea of former model Emanuelle Khahn who ran a fashion and accessories firm in Paris and who entrusted her husband, the Vietnamese-born industrial designer Quasar Khahn with the design. He teamed up with Universal Power Drives of Unipower GT fame to build a run of twelve cubic cars with sliding doors. Only the prototype used Khahn's trademark interior of transparant and inflatable PVC seats. 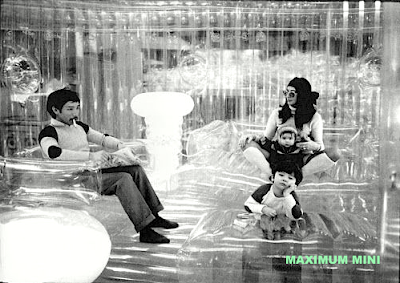 The Khahn family in their element: a complete transparent and inflatable interior!
Picture Jeroen Booij archive 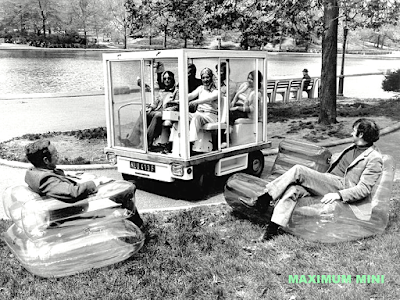 More inflatable Khahn seats here - but not in the car. Only the prototype used these
Picture Jeroen Booij archive 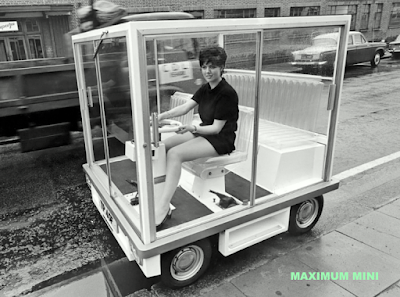