Unfortunately, just about all of the mechanicals of the Le Mans Mini Marcos have disappeared, but there are still some signature marks that have been saved. The fuel tank, the pedal box and the pick-up points where the roll bar was attached to the car's body shell. Let's have a look at them. 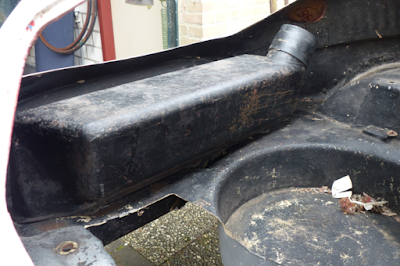 This is the fuel tank in its position. Hrubon said he made it himself and it could carry 80 litres of petrol
Picture Jeroen Booij 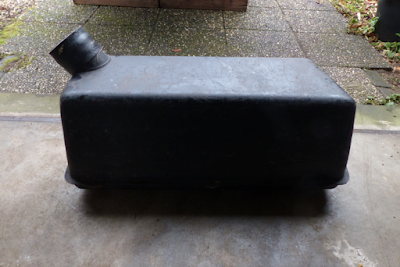 And this is what it looks like when you take it out. The base definitely is from a Mini Van, but the top?
Picture Jeroen Booij 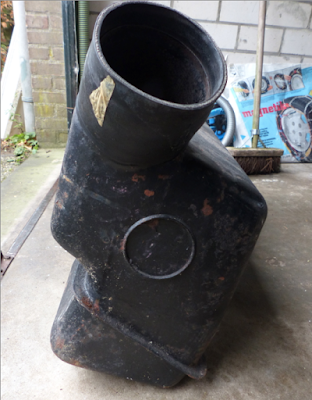 The filler opening is huge, 120 millimeters in diameter - I can easily put my wrist in it
Inside it has wash plates to keep the fuel in balance in corners
Picture Jeroen Booij 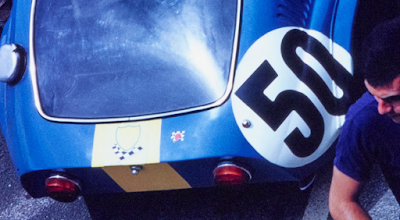 The same tank is good visible in this shot, taken of the car in the Le Mans pit lane in '66
Picture Jeroen Booij archive 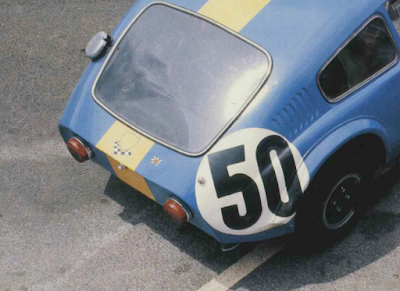 And again, on the same spot in that memorable summer of 1966
Picture Jeroen Booij archive 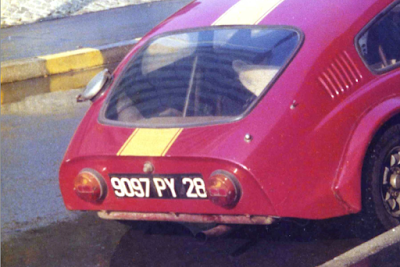 This detail shows the thing even better. The photograph was taken in 1975 when the car had been painted maroon and road registered. Note that the exhaust pipe is now relocated to the rear of the car. It had a side pipe at Le Mans. Roll bar also good visible
Picture courtesy Michel Tasset / Jeroen Booij archive 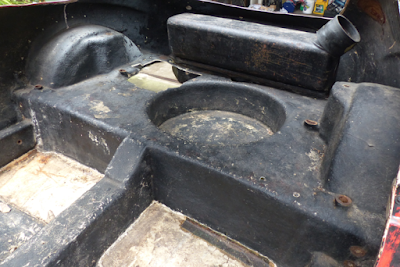 Here you see the tank again, plus the cut out left overs of the roll bar on the floor, where it was moulded into the fibreglass. The diameter of the frame is 35 millimeters. Not today's standard!
Picture Jeroen Booij 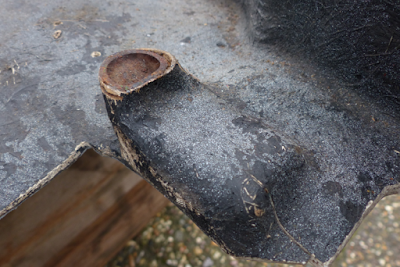 Detail shot of one of the four cut pout points in the fiberglass. I guess this was a factory option,
so there have to be more Mini Marcoses with a similar cage. More info is welcome
Picture Jeroen Booij 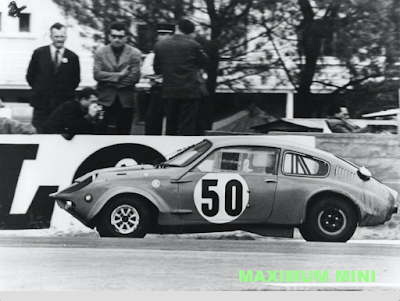 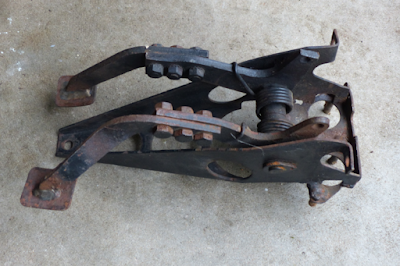 And that's the adjustable pedal box! Clearly home-made and very simple, but it may well have
been effective. Perhaps due to the size difference of the two drivers Ballot-Lena and Marnat?
Picture Jeroen Booij archive