Ever since I managed to find the Le Mans Mini Marcos and bring it to here, I have been wondering what's with the floors. When you look at them, it seems like they have partly been cut out, with new pieces of fiberglass matting placed under them. But when you look at the floor from the underside it's totally flat there, with no signs of repair whatsoever.

Well… I found out what's the story behind them at Blyton Park, thanks to Gary Marlow. Gary brought over his car to the event, which is an extremely original Mk1 racer. I was really happy with see the car there as I wanted to make photographs and take measurements of its roll bar. It has the exact same as my car had before it was cut out. However, when I climbed into Gary's car to do so, the floors of it struck me, too. Gary is told his car is built up using one of only six competition shells. And these weren't just lighter: they were a lot stiffer, too. And so they came with double floors to stiffen the body. These are clearly visible when you look at the inside of Gary's car. Peter Skitt, who brought over his standard Mk1 to Blyton Park, had never seen this feature before and I had never been made aware of it either.

There is no doubt mine had this feature, too, though. Just have a look at the photographs I attach here. I think mine may have been cut out to create a bit more legroom at one point - it's the only reason I can think of. But there's no doubt that I want them back like they should be. Gary says that his car is so stiff, that when he jacks it up at one side, the body doesn't twist at all! The roll bar has to be a typical feature of the competition shells, too, as it was partly moulded in, but I'll write about that the next time. I now wonder if anyone else can identify another Mk1 with competition shell, and so I ask every Mk1 Mini Marcos owner to have a look at his floors. Are they double? Then do get in touch. 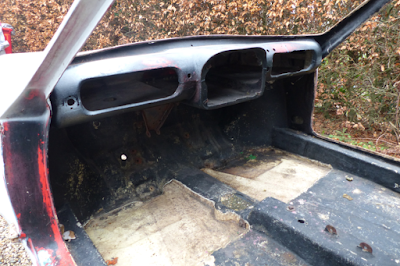 Cut out floors formed a big question mark for me for a long time. What did this look like originally?
Picture Jeroen Booij 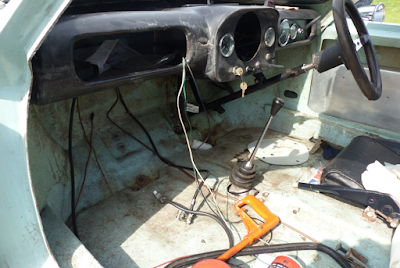 The answer was provided by Gary Marlow's car: double floors. And these were supposedly
fitted to just six cars built around competition shells
Picture Jeroen Booij 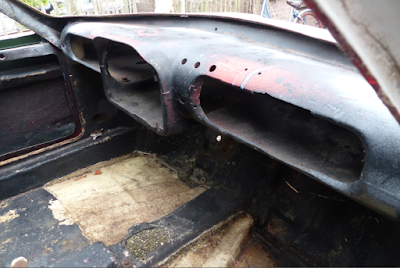 The other side. That's my car with just the bottom floors left, while the top ends were cut out
Picture Jeroen Booij 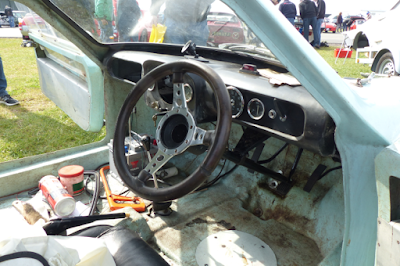 And Gary's Mk1 again. These floors cannot be found in any of the standard Mk1 Mini Marcoses, or so it seems
Picture Jeroen Booij 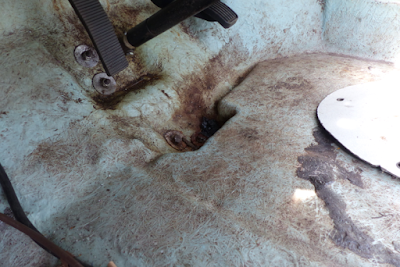 Closer up on the driver's foot well: double floors don't do good for the car's leg room
Picture Jeroen Booij 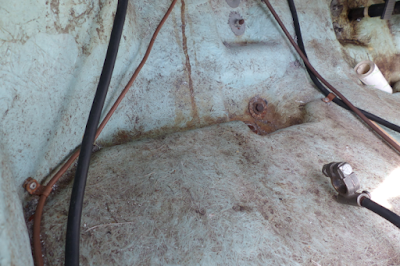 And the passenger side: made to stiffen up the body shell. Are there any other surviving cars with this feature?
Picture Jeroen Booij