Racing a Landar in Scotland

Scottish Maximum Mini enthusiast Al Brown got in touch with fellow Scotsman David Ross recently about his adventures with a Landar R6. What's more David wrote some of his recollections down, sent them over to Al, and so I can share them now with you, too. This is what David wrote:

"I had forgotten about the Randals. Nice people but I should not have bought such an early car. It certainly had a Mini front subframe in the rear. I went to the factory and bought the Landar, minus engine, and it was well made but the guys there knew very little about racing cars. The gear lever worked in a mirror image to the usual and at the Fintray hillclimb, I couldn’t remember what gear I was looking for or which gear I was in. It was easily fixed. Just welded in the end of a Mini remote control. Also, and this took longer to suss out, the rear hubs were wrongly engineered. On acceleration, the wheels moved forward in an ark and back when I lifted off. So it was a hopeless racer, although the works car did quite well. No doubt the problems had been fixed. They were delighted when I explained how the gear change could be made to work like a normal change. On hillclimbs, it was a different matter. The heavy engine and weight on the rear wheels gave fantastic traction and I did well, especially at Fintray. I had a real ding-dong with Keith Shellenberg’s 4.7 Cobra, just beating him by a fraction. I remember I bought the 1071cc Cooper 'S' engine from the legendary Don Moore in Cambridge. I bought several 'S' engines from him and all were fantastic. But I can’t remember what I did with the car. Must have sold it to someone. I also can’t remember if I had the Landar before or after had my Lotus Eleven. Being a roofed-in Eleven it was considered a GT car and I was up against MG Midgets and Spitfires. One other point, I started my writing career by sending an article to Cars and Car Conversions on the Cox GTM I built. I also had a Mini Jem."

That's lovely. Thanks very much to both Al as David, who wrote down some more memories you'll soon be able to read here. Now, the Landar looks to me a lot like the prototype that was also displayed at the 1966 Racing Car Show (story here), which also happened to be the one owned and raced by Tim Dyke (story here). Was it really the same car? 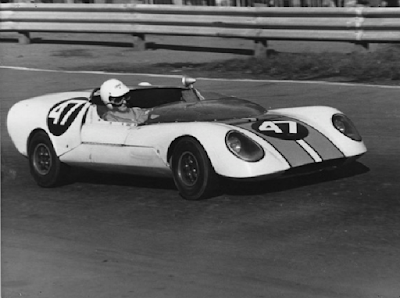 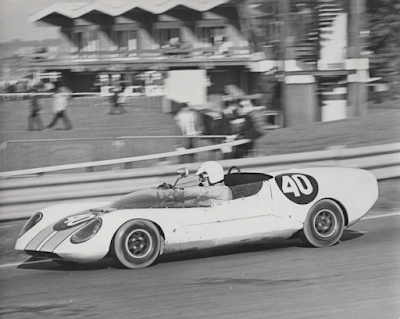 This shot was taken at Ingliston circuit in Scotland, which had only opened in '65
Picture courtesy David Ross 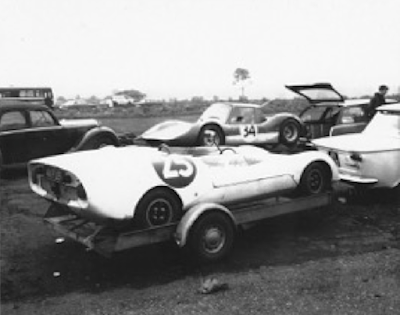 This is at Rufforth circuit in Yorkshire. Car behind looks like a Diva Valkyr to me
Picture courtesy David Ross