The Filby Files - and what you find in them

While in the UK earlier this month, it was also about time to fulfill an agreement I'd made some two years ago with Complete Kit Car magazine editor Ian Stent. Ian had written to me about the famous Filby Files he now owned as the caretaker of the publishing company set up by Peter Filby in the 1970s. He wrote: "I have piles of pictures still waiting to be correctly archived. There is one box of pics and paper cuttings which I have from Peter Filby, all relating to a Mini book I don’t think he ever published. These are largely on standard Mini variants (press pictures etc), but I also have quite a few pics of one-offs and also some (but sadly not all I think) of the original pictures from Peter’s Amazing Mini book. You’d be welcome to come here and use my scanner to grab the images/information that you want…"

But meanwhile, Ian had resigned as the editor and the files had moved hundreds of miles up north with new man on the job Adam Wilkins, the magazine's current editor. Fortunately Adam was happy to have me, too. And so it happened that on a sunny Tuesday morning, while Adam was sobering up from Stoneleigh, I crashed into his office and took a deep dive into what have to be world's most famous Kit Car archives. And I was not disappointed. There were many, many photographs and documents of which the majority was really well archived, too. I recognized loads of pictures from Filby's books and magazine articles and it was really good to see the originals, sometimes in colour as opposed to the printed versions that were black and white.

Now, when you know Peter's writings you'll surely remember his tongue-in-cheek style, ever so often richly accommodated with remarks on women plus the matching photographs taken by himself. Peter was, and no doubt still is, a real ladies-man. And the ultimate proof was found after about an hour of rummaging through the files. There it was: in between the hand written notes, brochures, prints, negatives and slides: a woman's panties. I'm not making this up. It was no doubt hastily tucked away in a drawer of the filing cabinet somewhere in the 1980s. Adam and I had a great laugh about it and of course I had to take a picture of it. Up to you, Peter! 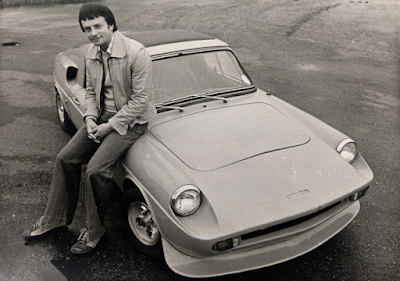 The man himself, Peter Filby with one of his Unipower GTs - he owned two of them
Picture courtesy Performance Publishing 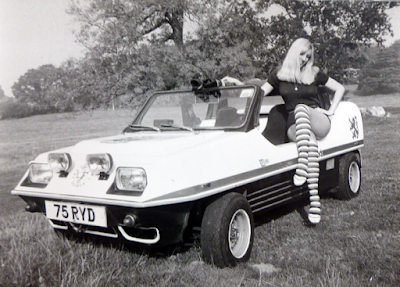 Typical photograph from The Filby Files, combining his passion for cars and girls. Here a Nimrod
Picture courtesy Performance Publishing 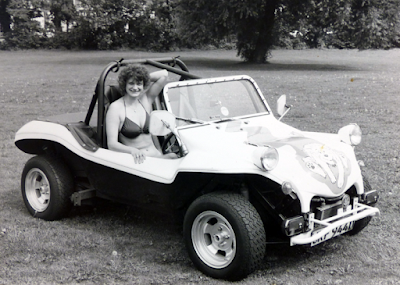 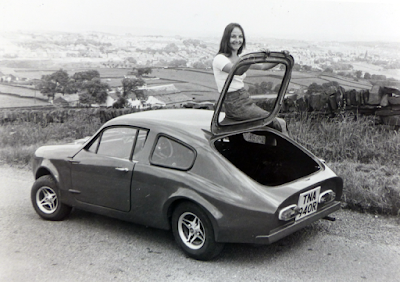 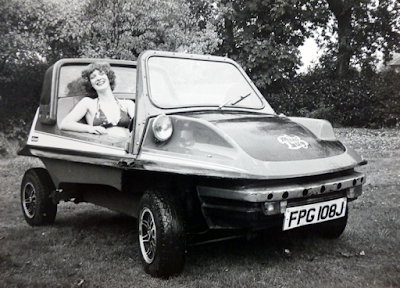 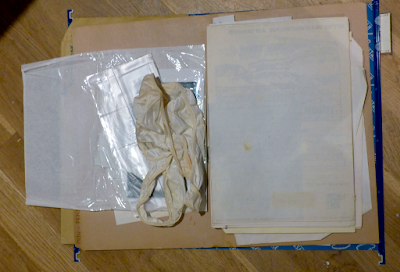 I'm not making this up: the panties found in the actual Filby Files earlier this month
Picture Jeroen Booij