When you have read Maximum Mini 2 you may remember the one-off Sekura Mini, that half-Danish half-Scottish sports car from the imaginative Ray Innes. I visited Ray and his wife Moira in Scotland in 2011 and had a lovely time with them, with Ray telling me about his time with Sekura, but also with Ogle and Radford coachbuilders. However, I did not get the chance to photograph the Sekura Mini properly as it was stored at a farm yard under piles of rubbish...

Fast forward six years and the car is rescued from its hiding place. Ole Pedersen of Denmark contacted me about it. He knows the car found its way back to his home country once more as it is now being restored by Hans Pedersen, who worked for Sekura when it was built. Ole copied a write-up (originally in Danish), which he translated and I enclose some quotes from it here:

"In 1983, the Randers company Sekura A/S manufactured a sports car, the Sekura Mini, to demonstrate to customers what the company could do. Sekura A/S - Today Sekura Cabins A/S - manufactures cabs for tractors - and the small sports car also has more common features with a tractor - how strange that may sound: a fairly angular design characterizes the car that became designed by Scottsman Ray Innes. The car only managed to drive around 200 kilometers on a trip back and forth to Jyllandsringen, where it was presented to the press. Then it disappeared. Until the car enthusiast Hans Pedersen came to buy the Randers car many years later. Pedersen: 'Initially I asked to borrow the car to an exhibition. But it turned out that the transport costs back and forth would be too expensive. And so, instead, I asked if I could buy the car. Ray Innes would just sleep on - but we got a deal made up so I could bring the car back to Denmark.'"

Pedersen plans now to fully restore it and take the car once again to Sekura to show it. Some of the employees at the company will still remember it. He also plans to show his special sports car at a big annual classic car meeting in Denmark in February next year. I love that it's been cared for, and don't think it could have found a better home. 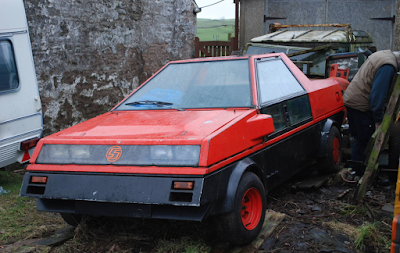 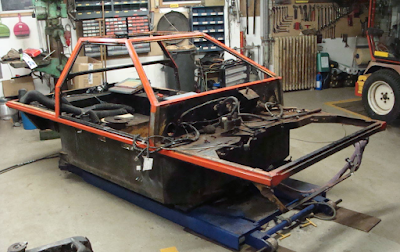 And that's the chassis in the process of being restored. Car should be ready soon by now
Picture Hans Pedersen 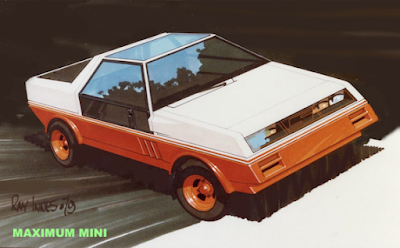 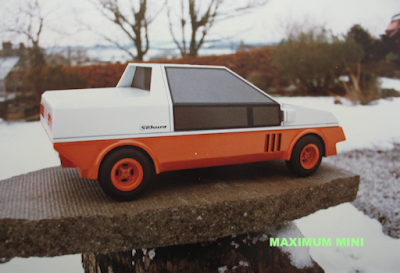 An early model of the car, photographed in Ray's garden back not too long after the idea came about
Picture Jeroen Booij archive 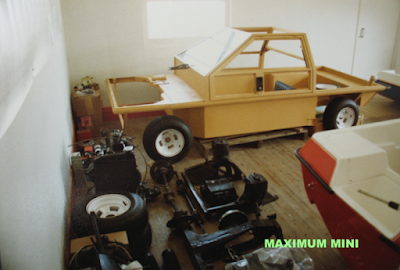 The car being constructed in Ray's studio. Body is ready to be fitted, like all the mechanicals
Picture Jeroen Booij archive 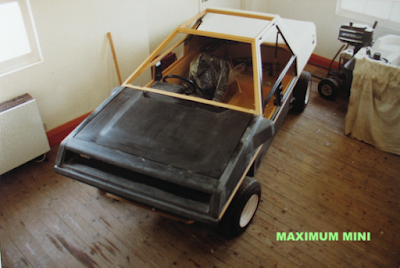 Bonnet on, seat in, car is taking shape here. Ray had good memories of building it
Picture Jeroen Booij archive 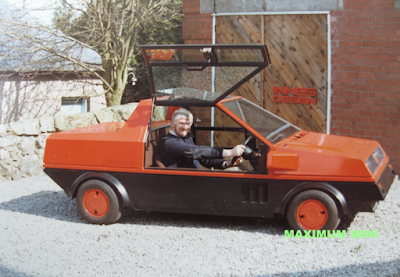 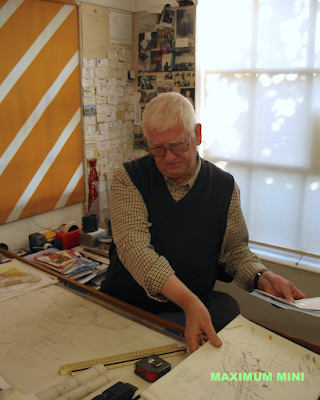 And... Ray in 2011 in the same studio, still keen to draw!
Picture Jeroen Booij