Two and a half years ago, when work on the body shell of my Mini Marcos was still meant to be carried out in the UK (things went differently...) - I found out about a three-wheeler which looked remarkably much like the Silcoates Ascender (click here). I asked its builder, Les Brown, if there ever were two cars and this is what he wrote to me at the time:

"Hi Jeroen. This is a strange. Well, I'm not sure I DO know what's going on! I built a Mini trike around 1975 from a 1962 Cooper that had rusted past economic repair at that time - 653 UMA. I kept as much as I could of the original Mini, and the car couldn't believe its luck when completed! All that weight gone, just 3 wheels to turn, and it absolutely flew! The red car looks substantially what I had done, though it still had a Mini floor pan originally. I sold it around 1990 to one of the students who had worked on the cars and I knew he decided to 'improve' on certain aspects of the design that he didn't approve of. My chassis was not symmetrical as I used a standard Mini rear arm, which meant the tubes were offset to follow the new load paths as far as possible. He started to make a new (symmetric) chassis which looked very heavy to me, but I thought the whole lot had been abandoned and scrapped years ago. I certainly made the front end that you see, and possibly some of the surviving chassis is mine also. Just to avoid confusion, I painted them all different colours, and the one we knew as 'Ascender' was essentially a development of the red car. It does still exist and was down around the Devon area in the last 12 months, though this also had now lost the original '653 UMA'."

Fast forward to last April when I was contacted by August Thurner of Austria, who bought the three-wheeler and brought it over from the UK to his own country. He asked if I knew anything more about the vehicle and so I told him what I knew. I now understand August wants to restore the car and eventually try and get it road registered in Austria. He'd love to get in touch with the owner of the other (yellow and black) vehicle, so if you own that and read this, feel free to drop me a line and I will forward your message to Austria. 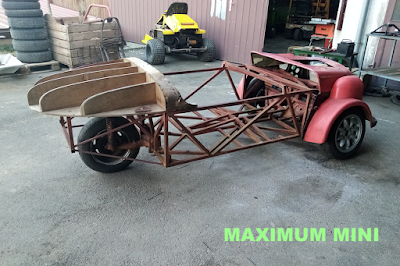 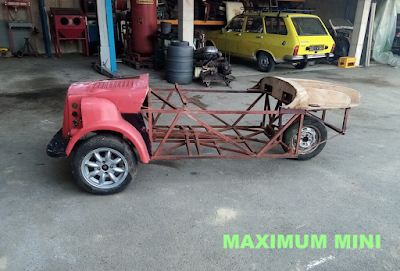 Originally registered '653 UMA' it used a Mini floorpan and most of its parts, too
Picture August Thurner 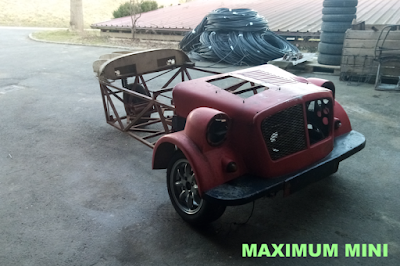 However, it was sold at around 1990 to a student who made a new chassis from square tubing
Picture August Thurner

The car as it was original, made by Les Brown in 1975 or '76 and used as a daily driver
Picture Jeroen Booij archive