A real mystery from an old mid-1990s issue of MiniWorld magazine is reproduced here below. The rear-engined (or mid-engined?) car was found at the time by S. Jones of Marbury, who wrote to the mag: "I would like some help finding out the identity and history of this rare Mini with the help of MiniWorld and its readers. I need any information on the car, or possibly a photograph of the original, as I have only got the rear body section, two doors and windscreen."

Somehow that rear section seems familiar but I just can't put my finger on it. Anyone out here who recognizes it? And what happened to the car and the plans of S. Jones after the publication?

UPDATE 12:45 - The rear end section is of a Berkeley T60 three-wheeler that's been modified to have two rear wheels. Thanks Vic Price and Richard Carrigan! 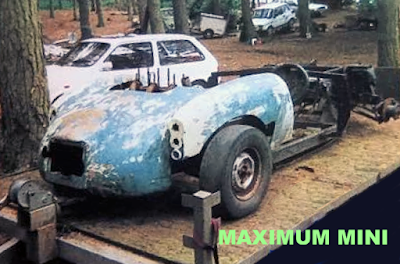 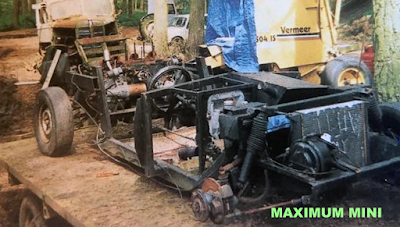