A lovely message from Vince Smith: "Hi Jeroen, Just going through some old car brochures and found two examples of Hustler 4 wheelers based on the Hustler Holiday design. Both were marketed by William Towns via his Interstyl company, but as far as I know no examples of these two kits were actually ordered or built."

"The prices shown are from 1988, as advertised on the rear page of a programme for the Combrook Rural Fair. William would host this vintage rally and craft fair every year at his home; Park Farm in Compton Verney, Warwick. Of course, as one might expect, parade events in the central show ring would always begin with a procession of Hustler vehicles, complete with tannoy narration backed by Van McCoy's 'Do the Hustle' echoing around the arena. Best Regards, Vince Smith"

With its very tall windscreen and hardly any bonnet, the Hustler Holiday certainly appears to be one of the lesser known models in the broad Hustler range, but I did find one picture of such a car. Who owns one? And to please all Hustler fans... over to Van McCoy once again! Thank you Vince. 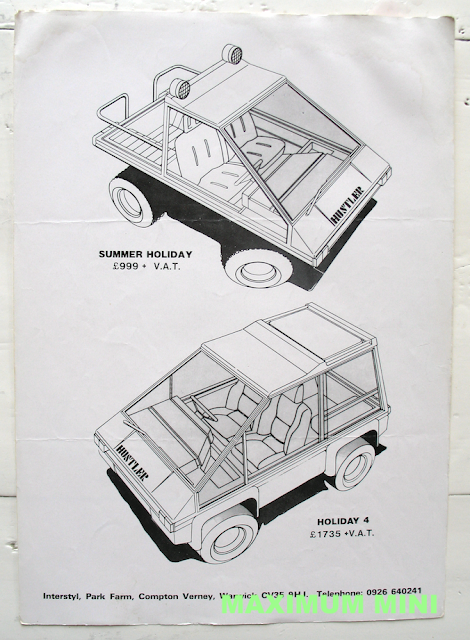 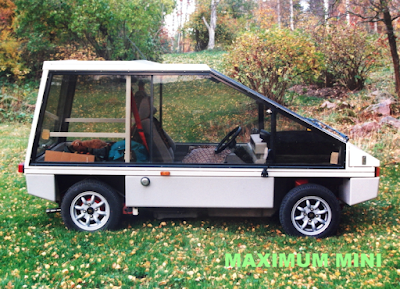 Unusual version of the Hustler - the Holiday. Who knows of any survivors?
Picture Jeroen Booij archive