The cars of Douglas Glover (1)

When a new picture of a DGS Firecrest was posted to me recently (thank you Graeme), I was kind of surprised to find I never wrote about these cars here before. And since I'm in a good mood I thought I'd do a little write-up here on all the DGS cars that I know of, starting with the first one now.
DGS stood for Douglas Glover Special, with Glover being the man responsible. He was in fact production manager for Lincoln & Nolan in Dublin, which were Austin agents and assemblers for Ireland. They also link to what is possibly world's very first Mini-derivative, too (click here).
Anyhow. Glover had built a Mini based Special in 1963, which became a forerunner to the Firecrest. More on that later - let's focus on the Firecrest for now. A buck for a new body and a mould were made by maintenance staff of Lincoln & Nolan, with fibreglass monocoque production bodies to follow. The car's sides certainly seemed Midget/Sprite-inspired, and the windscreen, side screens, soft top and rear lights were sourced from that model, too. A Midget or Sprite hard top could be fitted also, but may have been altered. The front used double round headlights were placed further back with the possibility of putting Perspex covers over them.
The first production car was registered LZD 775 in 1963 and is said to have used Austin Cooper running gear. Wheelbase and track were similar to that of the original Mini. Just two more Firecrest followed, more on these soon. 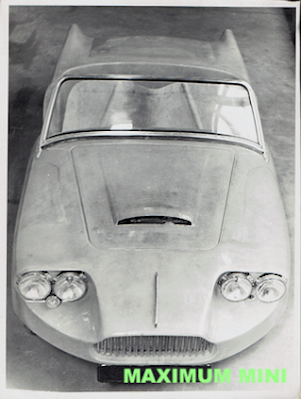 The buck for the DGS Firecrest, made by the maintenance staff of Lincoln & Nolan
Picture courtesy Bill Bell / Jeroen Booij archive 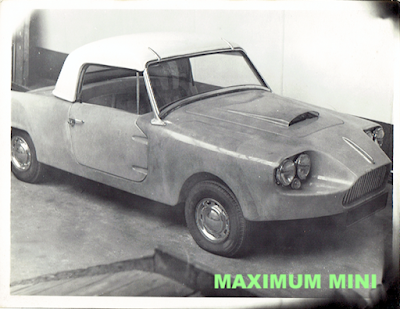 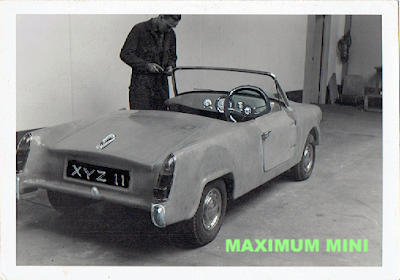 Wheelbase and track, however, were similar to that of the Mini itself
Picture courtesy Bill Bell / Jeroen Booij archive 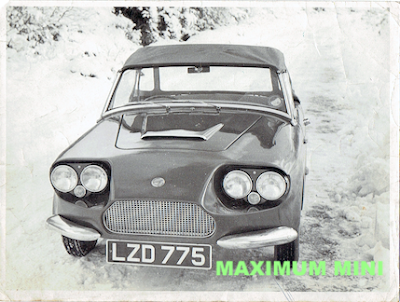 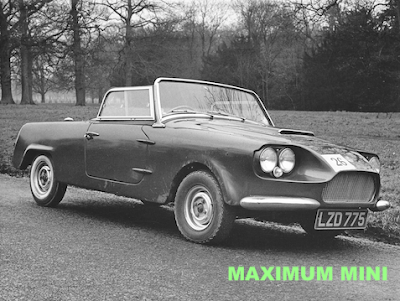 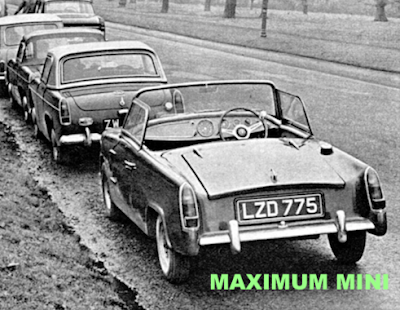