The cars of Douglas Glover (2)

Douglas Glover of Dublin, Ireland, made just a few cars under the DGS banner and this is the second to take a more detailed look at.
After a first DGS Special, a buck / prototype for the DGS Firecrest and the first production car registered 'LZD 775' (full story here), the second DGS Firecrest became 'RZD 407'. It had a number of differences from the earlier car, for example the air intake on the bonnet and the lack of door handles. The car was used to shoot a number of publicity pictures and was seen in a few magazine articles.
What exactly happened in the first couple of years of the car's life remains unknown, but RZD 407 showed up in the hands of rally driver and hill climber PJ Wilhare in the late 1960s. By that time it used an extra air-intake and alloys, was bumper-less and was seen with a hardtop, too. Things went wrong when Wilhare entered the car at Knockalla hillclimb in Donegal in 1970. A fast left bend proved to be too much for the Firecrest and rolled at high speed. Somebody described it as follows: 'In a scene resembling an air crash Wilhare ended up sitting on the remains of the floorpan with the debris scattered far and wide.' What was left of the car was scrapped, but the crash made history as the fast left bend is christened 'Wilhare's Corner' ever since that day in 1970. Some more information on the Knockalla circuit and Wilhare's Corner can be found here. 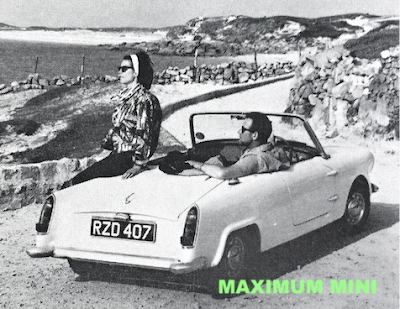 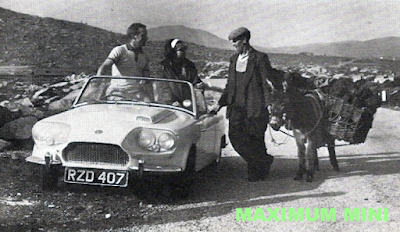 Original caption: "Motoring in Ireland on holiday can be leisurely enough to enjoy a
friendly chat. On the road near Kilkieran, County Galway"
Picture Jeroen Booij archive 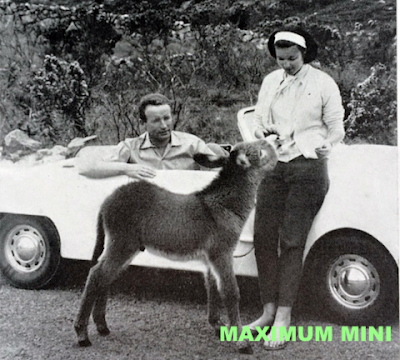 Even the donkeys are friendly in Ireland! Note standard wheel covers, an 850 base..?
Picture Jeroen Booij archive 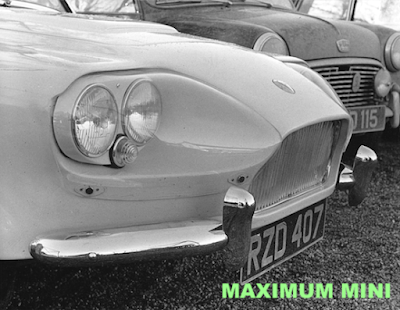 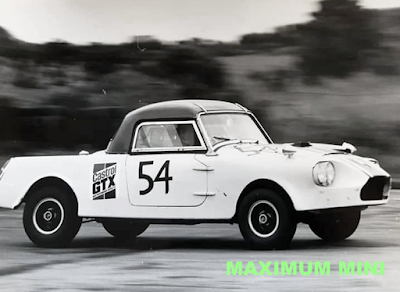 PJ Wilhare competed the car in a number of races with hardtop. Here at Kirkistown in 1969
Picture via Graemme Farr / Jeroen Booij archive 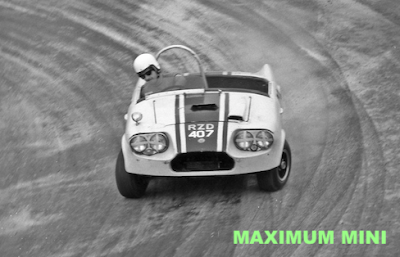 And here at Knockalla hill climb a year later. It was going to be the car's last outing
Picture Jeroen Booij archive 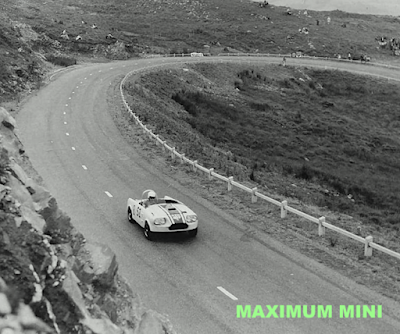 Seen here with PJ Wilhare behind the wheel in the fast left bend. Things were okay here...
Picture via 'Pictures from the Past' 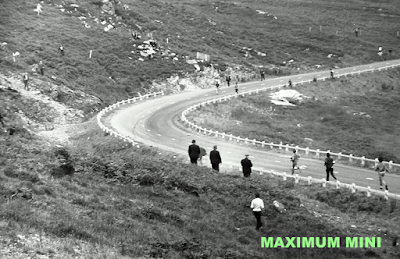 ... But then it went wrong. This shot is taken just after it crashed - the Firecrest is surrounded with spectators and is not visible, though. Competitors were making their way back down the hill. All that was left of the DGS was the floor!
Picture Eddie Fitzgerald / O'Kane cars
Geplaatst door Maximum Mini op 08:28