I noticed I haven't written much about the crazy contraptions built by Alexander 'Sandy' Fraser here, so why not catch up on that. These three-wheelers were very much built in the best tradition of cottage car manufacture by a truly lovely and slightly eccentric man. That ticks all the boxes for Maximum Mini, doesn't it? I thought I'd make an overview of what he built and I should start with his first model, the AF Spider and its predecessor called AB1, which was also the prototype for the Spider. This AB1 was built by Sandy in his kitchen and used privately. It came with a Shorrock supercharged MG 1300 engine and later received a race-tuned Cooper engine.

For the Spider's full story and the involvement of F1 team manager and extraordinary 'barn find hunter' avant la lettre Colin Crabbe you need to read Maximum Mini 2. But Crabbe was the man to encourage Fraser to market his cars. He was, of course, a well-known figure in motoring media circles also, so it was perhaps no surprise that the AF Spider made it to the mainstream motoring magazines such as Motor and Autocar.

When I visited Sandy Fraser to photograph his own Spider and interview him about the cars he told me most of his records had disappeared but he was kind enough to make a list from memory, which he said wasn't very good. But he told me :"I am 99.9% certain that there were 12 three-wheelers and 1 four-wheeler" He thought that were seven AF Spiders including 'AB1', the last one made from left-overs slightly later. With Sandy's list and the pictures that I have I found the following six Spiders, so it looks there is one missing: 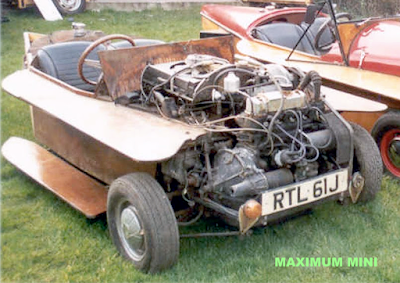 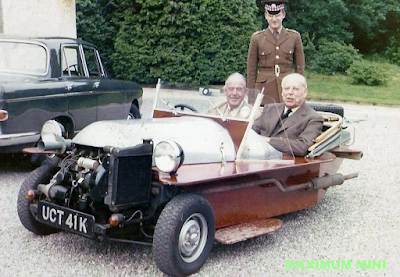 UCT 41K - the AF Spider of Colin Crabbe, here with his father and a friend
Picture Colin Crabbe 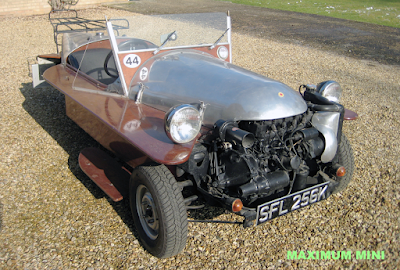 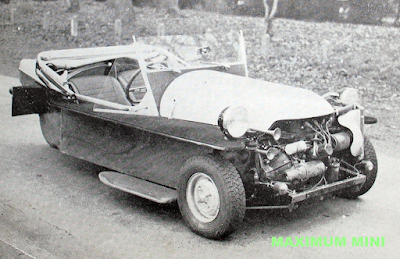 While this is the AF Spider brochure car. The same also?
Picture Jeroen Booij archive 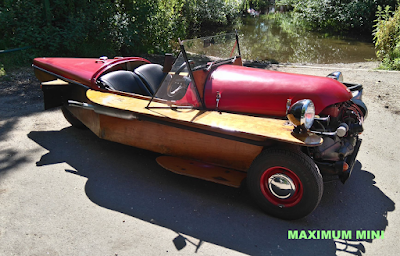 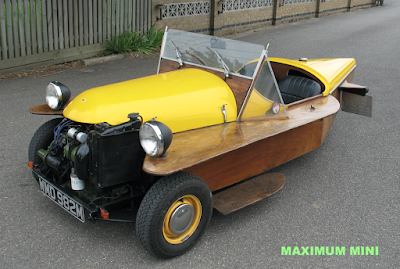 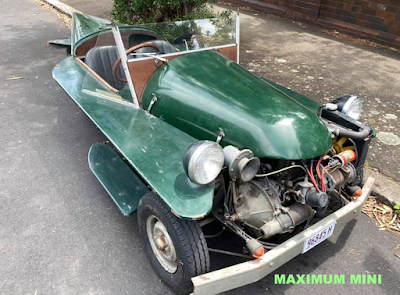