The Stimson Mini Bug of 'The Wombles'

Keeping up with the 'Mini based cars on British television' theme (last week's Unipower in The Troubleshooters here), I was sent this little movie clip below of 'The Wombles', which supposedly made it to the 1974 Eurovision Song Contest, famously won by ABBA of Sweden. If you go to 1:50 in the clip you will see three beach buggies, two of them VW powered but number three being a Stimson Mini Bug!

Barry Tilbury wondered if it could be his car, which happens to be another example that made it to a British television series in the 1970s (see here and here). Although the Wombles clip comes in a pretty low quality, the registration of the Bug seen in that seemed to be different from Paul's. 'LPM 317K' perhaps?

Well, almost. It turns out to be 'EPM 317K' and the car is known by arch Stimson enthusiast Paul Wylde who added "It lives in a field in Wales and the guy will not sell it - I tried." Pity. It is a great little car with some fun history that deserves some tender loving care after all. 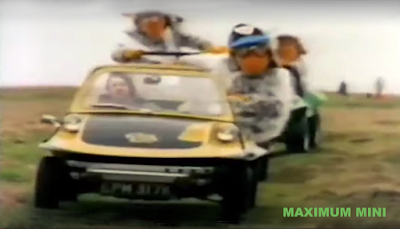 The Wombles in their buggies, one of them being a 1972 Stimson Mini Bug
Picture Youtube 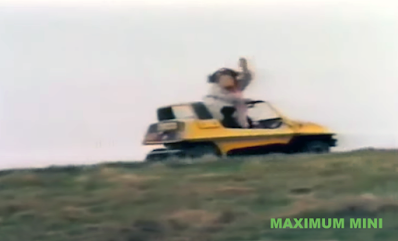 The Wombles made it as an act to the 1974 Eurovision Song Contest, famously won by ABBA 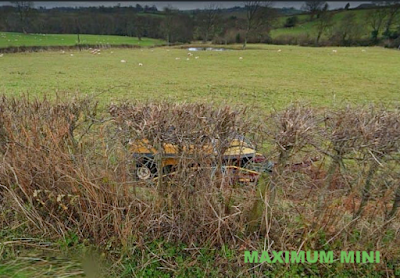 And that's the car today, sitting in a field in Wales with the owner not wanting to sell it