What exactly is Paul's convertible?

A message from Michigan, where Paul Lester owns a Mini convertible by an unknown coachbuilder. Paul wrote: "I was told the car was modified in the early 1960's (it is a 1960 Austin Mini 7) to see if the factory could offer a cabrio, but the project was never agreed upon. I have no evidence to back this up other then two people with similar stories. I did talk to someone who worked on it in the 1980s in the UK (Worthing, quite close to the Cooper garage) and he had some history but sadly he passed away before he could share. All I know is 'oral history' with no firm facts to back it up."
With much of the car's sides kept intact it did remind me of a convertible conversion by Bell's Cars of Kensington but unlike Paul's car these had the conventional rear side screens. So... a factory conversion / prototype after all..? I'd love to find out and I'm sure the same goes for Paul. 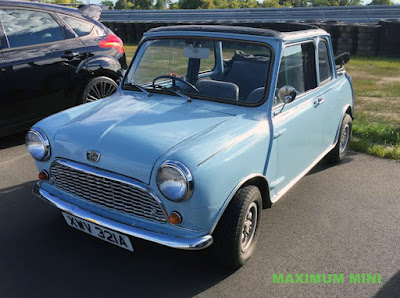 A 1960 Austin Mini that's been converted into a convertible. But by whom?
Picture Paul Lester 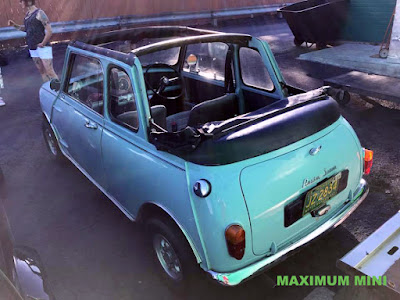 There have been other convertibles keeping the Mini's sides intact, but not like this
Picture Paul Lester
Geplaatst door Maximum Mini op 18:24