Look what I just found on the internet. It's a picture of the 1964 Le Mans 24-hour race start.
There are plenty of these to be found with all the big names in the big cars of back then. Graham Hill, Jo Bonnier and John Surtees in their Ferraris 330, Innes Ireland in a 250 GTO and Dan Gurney in a Shelby Cobra Daytona. But these are so well known, I don't really care. 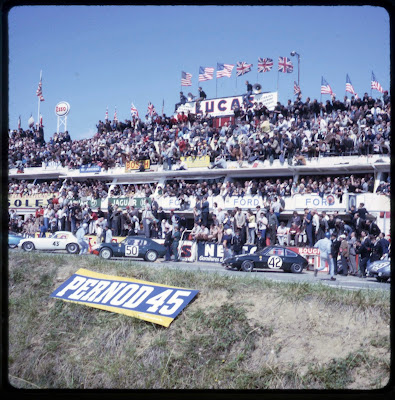 Picture: HagertyKnowsClassics
But look at this picture. It's the little green car with number 42 that makes me smile. Yes, that's the Deep Sanderson 301 driven by Christopher Lawrence and Gordon Spice that year. The Downton tuned 1295cc engined car fell out after four hours of racing, but it was reputedly clocked at an incredible 158.6 mp/h at the Mulsanne straight with Spice behind the wheel. Strangely I have not many pictures of this particular car in this particular race. Contrary to the Deep Sanderson entries for Le Mans in 1963, with numbers 40 and 44.

In his autobiography Lawrence himself writes: "One of the best scenes in Steve McQueen's film 'Le Mans' is the one of the start. The total silence, the heart beats rising in tempo as the second hand of the clock climbs towards the top, the flutter of the flag, the patter of all the running feet in their racing boots, followed by the bedlam of 54 racing engines starting up and setting off for the Dunlop Bridge and the Esses is all magnificent filming, and really captured the moment just as it really was."


Well, this is then. See him running towards his car in short sleeves, what a grand shot! 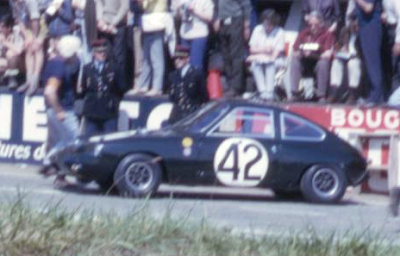