I have never had much up with computer games. But now that the Broadspeed GTS is about to make it to the virtual world I may be tempted to give 'GT Legends' a try. One of its creators, Lasse Kärkkäinen of Finland, sent me an enthusiastic message about it:

"While the original GT Legends game featured the Austin Mini Cooper S for FIA TC-65 classification, my friends and I were annoyed that none of the faster GT Mini variants were featured. Not even Mini Marcos cars that were racing in FIA Historics in 2004. As I am a Mini freak and have been modding racing game physics over a decade, I started searching all possible information I could come up about the ultimate Broadspeed Mini. After finding basics on how much the GTS differs from the standard Cooper S, I started work on the car's physics."

"Now, about 2 months later, the car seems to be close to its release. Lots of real car information has been found during development. The car features a 1366cc A-series engine (120bhp/140Nm) with redline at 7800rpm and homologated short ratio 4-speed gearbox. Weight is reduced from the original Mini's 650kg to 490kg. Weight distribution and center of gravity have been altered with half of the car being GRP. All of this makes it pretty close what it should be, at least on top speed and acceleration seems to be what Broadspeed claimed for GTS: it reaches 140mph at the Mulsanne straight." There is a preview on youtube, click here to see it.

So what's next? "Well", says Lasse, "They have started modelling the Mini Marcos. We'll see when it gets finished." 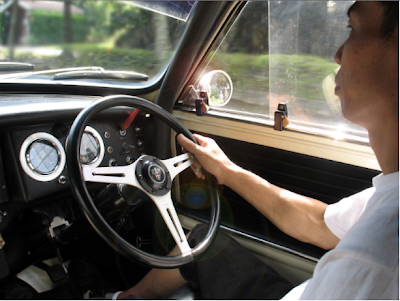