An unspoilt Cox GTM is rare, so the chances of finding one in Hungary may be virtually extinct. Still, there is a beatifully restored example of the species in the hands of Gergõ Fehér in that country. Gergõ bought the car in derelict state in Scotland and worked years on its restoration that is featured in this month's (May) Mini magazine. Nice story, superb car. Go and buy that magazine. 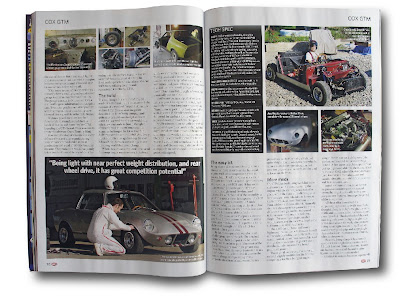 Gergõ Fehér's restored Cox GTM in Mini magazine...
More Mini derivatives in magazines this month as TKC Mag (that's what Total Kit Car magazine officially is named) writes about coachbuilt Minis describing the Radford, Wood & Pickett, Oyler Contessa and Bertone Mini VIP. You won't find new information here and the pictures are well-known too but this is part one of a series so we may be surprised in the next TKC mag. 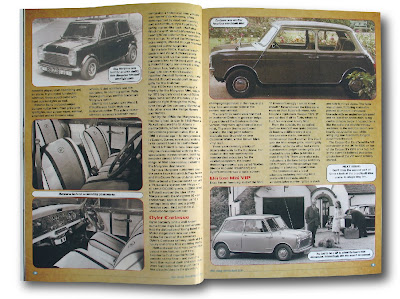