It's about time for a follow up in our little Camber/Maya series, so here we go. Other then the last time (click here), but especially the one before (here now), there is very little information on the fifth Camber GT that I found out about. The car is (or was? It's not in the DVLA database) registered 'NPM14F' making it a 1967 registration. That means this car may well have been built around a brand new Mini base although it may have been reregistered too.
Anyway: I have found only two pictures of it wearing a particularly nice two-tone paint scheme and wheels that supposedly come from a Triumph. But hang on, if you look closely to the front you may also notice that it is fitted with pop up headlights! Probably a conversion done privately, but what a nice touch it is. I wonder if Camber bosses George Holmes and Derek Bisshop ever thought of it themselves…

UPDATE July 2011: We have tracked it down! Story here.
UPDATE March 2014: And now with colour picture. Click here 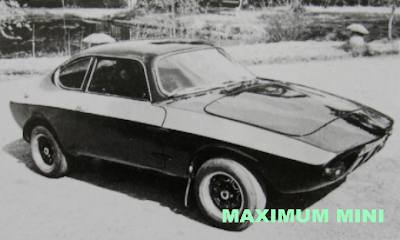 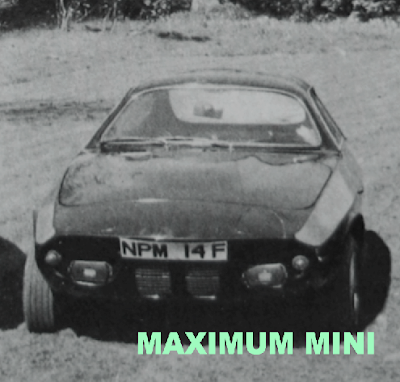