After yesterday's Dutch Biota galore here another unseen show picture that I dug up from the archives. This was not taken at Amsterdam but at the London Racing Car Show in January 1968, where the Biota brand made its debut. In fact the bright green Biota Mk1 on show was the prototyype with aluminium body and was used to plug a mould later that year by Specialized Mouldings Ltd. of Huntingdon.
Bill Needham, who was involved with the Biota's development provided me with this cool shot when I interviewed him about another Mini derivative he built: the Coldwell GT. Needham never liked the car, he told me back then. My idea was to use the picture for my book but it was in a too sorry state to do so. So there we go now for the blog. Thanks again Bill! 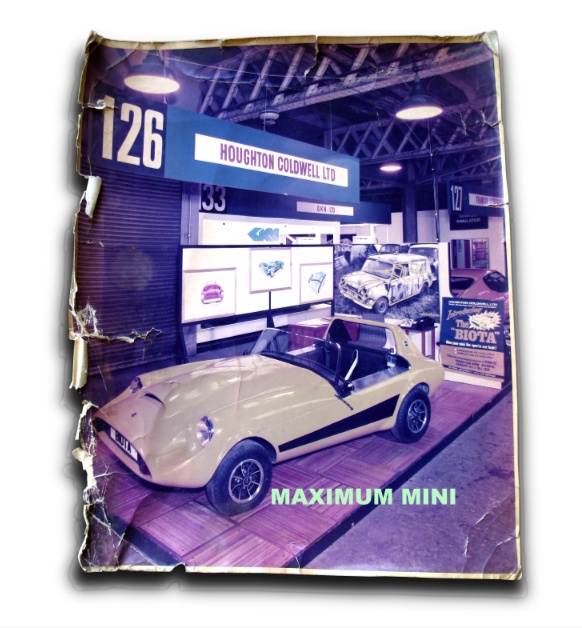 Too scruffy for the book but not for this blog: unseen pic of Biota Mk1 prototype
By the way: the car survives and is undergoing restoration
Geplaatst door Maximum Mini op 15:52