The season is here!

What a lovely start for the 2011 season we had last weekend. It's the time when I start planning trips and events. What are your plans? Let me know if you have something Mini based to tell or show. Stories and pictures on shows, races, projects, road trips and holiday travels: anything goes! 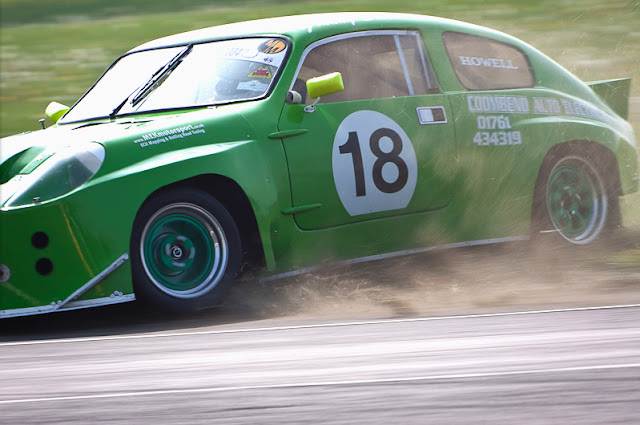 A much modified Mini Marcos Mk4 qualifying last Easter Monday at Castle Combe. Picture: Will Belcher
UPDATE: Richard Porter of the Mini Marcos club adds via e-mail: "That was Matthew Howell in Pete Crudgington's 'Granny Smith Racing' Mini Marcos when he had a bit of an excursion at Camp corner during practice for the President's Cup race for 4- and 6-cylinder Marcos cars. He had already set the fastest lap by nearly 2 seconds. The race itself was interrupted while a big Marcos was recovered. Howell was beaten off pole by some of the 1800s and 3-litres but outcornered them one by one to win by a comfortable margin. Two other Minis driven be Ewen Sergison and Gideon Hudson provided some entertainment further down the field, until Hudson retired his yellow Mk.III just before the red flags came out." Thanks Richard!
Geplaatst door Maximum Mini op 11:31