Two weeks ago - while I was enjoying a holiday in France - Pete Flanagan and friends organized a Mini based sportscar display during the Shelsley Walsh hill climb event. And Pete came home thrilled. He wrote: "Just a quick note to say what a great time we had at Shelsley at the weekend. We had Paul's Fletcher Ogle racer, (which has local history!), Goff's Mini Jem, my Unipower and we also picked up a lovely Marcos on the day. The weather stayed fine after all and the cars attracted lots of attention from a very knowedgable crowd. Being in the Midlands, steeped in motoring and sporting history, I suspected we'd get some good feedback which certainly came to fruition!"

"We met some very interesting folk who had owned cars like these from new in the 60's with some great tales to tell, especially a chap who'd been to Perivale to order a Unipower GT in 1968 and ended up going for a spin around Middlesex at break neck speed in Piers Forester's GT40! The Unipower that he bought was a 1275 S model, metallic blue, with Minilites, registered 'SJB 402G', does anyone remember it or know of it's whereabouts? He confirmed that the cars were built up completely, road tested and then partially dismantled for delivery (to get round the purchase tax). He was happy to sit in my car , being the first time he'd done so since the early 70's. Also heard some other great stories from pals of Forester, ex Downton staff members, and also a tale of a Landar R6 being restored locally! Could it be the Tim Dyke car? Safe to say that I'll be back at Shelsley as usual next year, doing it all again!"

That sounds like a good day indeed! I have checked out any history of a Unipower registered SJB 402G but couldn't find a thing on it, other than that it was a Berkshire issued number, dating back to 1968. Meanwhile, the owner dug out some old pictures of the car during his ownership looking very much like the real thing. He wrote: "The wheels in the photo are the standard ones but I changed them to Minilites when I bent one on a curb whilst taking a roundabout too quickly. I was stopped by the police for speeding many times but usually got away with a caution, but one time when going to Thruxton I was stopped when following a queue of cars after along stretch of duel carriageway. The policeman said he had been trying to keep up with me for 5 miles. His motor bike did 120mph flat out and I was still pulling away. He put me down for doing 90 as he said I was driving very well!"
Ha! Love those stories. Now let's see who knows more about it... 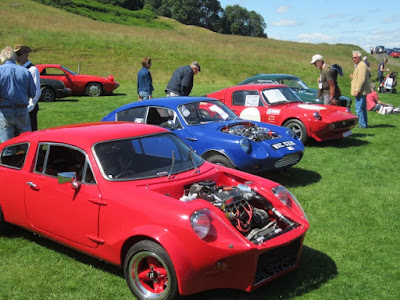 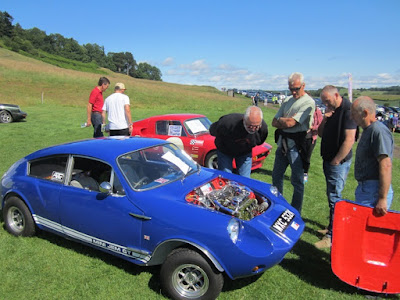 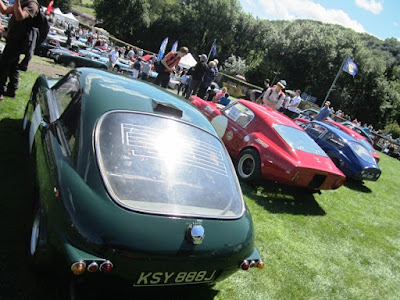 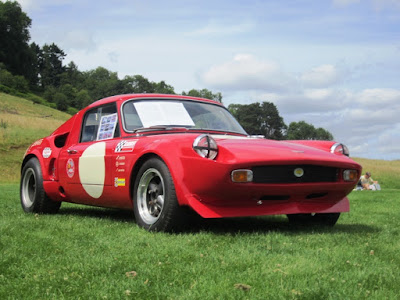 You guys also know Pete's Unipower GT: stunning in every sense and with packs of history
Picture courtesy Pete Flanagan

But how about this then? A previously unknown Unipower registered SJB 402G
Picture courtesy Peter Knowles 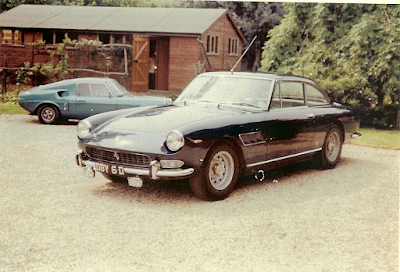 Never mind the Ferrari, look behind! This Unipower was a 1968 car. Where is it now?
Picture courtesy Peter Knowles