Racing a Stimson Mini Bug - not without trouble!

You think buggies are for posers? Think again as some were raced. Stephen Lawrenson got in touch recently to tell he owned a Landar R7 at one stage and carried on about his adventures with a Stimson CS+1 - the competition version of Barry Stimson glorious Mini Bug. Stephen bought that car after he'd heard of autocrosser John Bevan's exploits in one. He wrote: "I wanted a Marcos but couldn't afford one, when I read about Johns Bevan's Stimson. I thought now this could be a good thing to race because it was so light. The donor car was a 1962 Mini Cooper 997 but I used a 1071 S engine and sprinted and hill climbed the car for two years when the body was shot after me rallying the car for two or three years prior. I then changed the engine to a screamer 999S to race in up to 1000cc, which proved to be a good idea. With help from a friend we built it up from my Cooper. I managed to get a sponsor with MiniSport of Padiham to help with the cost of racing."

But then trouble started. Stephen: "John Bevan's car was sponsored by Cars & Car Conversions back in the early '70s and he used this car to win a championship in either '73 or '74, I think in autocross at a National level. When I bought my car it was the same as John's but when we went to an RAC meeting  they said it was a go-kart because the wheelbase was too short! We contacted Stimson in Portsmouth but they didn't want to know. I said they would be when I contact the RAC to say that John's car was illegal and the winning car was a go-kart. They then said not to say anything and made extension brackets to lengthen my car. It only needed to be 1" longer. We did the change to the radius arms and had to make mudguards to comply with the regulations as well. I hill climbed and sprinted the car for 2 years with class wins with a Cooper S 999. Then I sold the engine and wheels and the body to my friend Eric who converted it to a road going Stimson. Then I bought the Landar R7 in 1975/1976…"
Thank for sharing your stories and pictures Stephen! 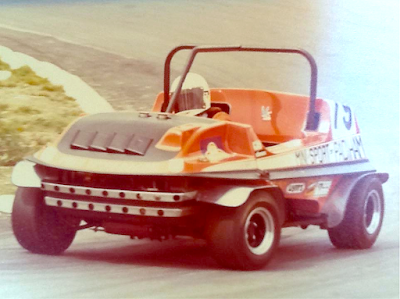 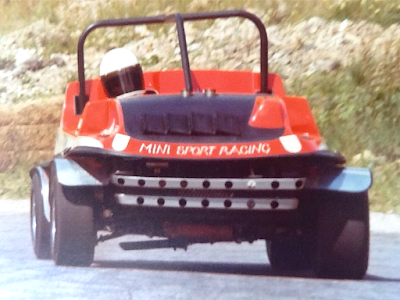 Lightweight and short wheelbased - only a go-kart was shorter - just an inch...
Picture courtesy Stephen Lawrenson 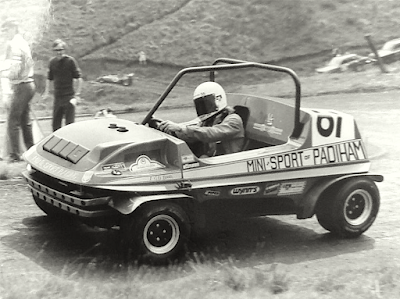 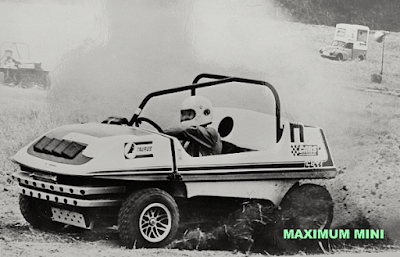