I found a few more pictures of Bee Gees drummer Colin Petersen and his Broadspeed GT, taken in what appears to be his London garage. See the earlier ones, taken outside here. Another little search came up with a few words about Petersen and the car by a man named Billy Gates. He wrote: "Colin shared my passion for motor racing and had a quad headlight 330 GT 2+2 V12 Ferrari as well as an incredibly quick Broadspeed Mini with a lightweight fibreglass shell, crossflow heads and all the trick gear. I remember driving the Ferrari up the freeway to Coventry for a service, with Colin blasting by in the Broadspeed, and we went together to the motor races at Brands Hatch on several occasions. Colin and his wife Joanne lived in an attractive mews in Queensway. Joanne had previously been Brian Epstein’s secretary during the success of the Beatles and had some interesting tales to tell about the Fab Four. I spent many a night with the Peterson’s and their friends, Slim and Freya Miller, playing Monopoly and sipping Beaujolais."
Still, no trace of the car is found. 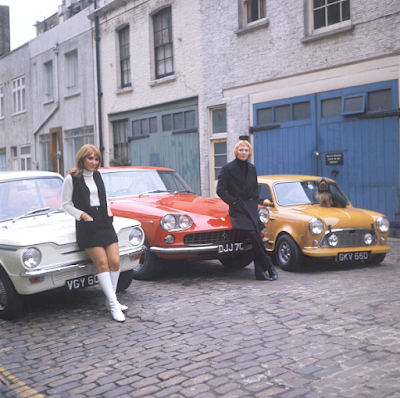 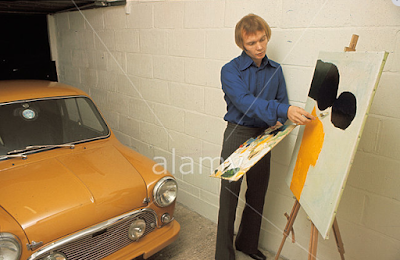 But this one? Petersen must have preferred his Broadspeed over his Ferrari, garaging it at home
Picture courtesy Alamy Images 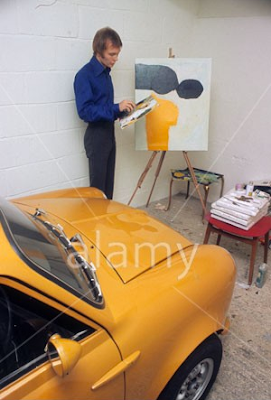 The steeply raked windscreen is good visible here. The drummer was a painter, too
Picture courtesy Alamy Images