MiniSprint owner and author Keith Mainland had a little surprise for me this week, as he brought me in touch with Suzi Grant-Fernyhough. Suzi is the girl in the 1975 Tilling Mini de Ville advertisement, seen here some two year ago. She wrote: "Dear Jeroen and Keith, Bill Albert (whom I have known since the year dot) sent me this email as he recognised that it was a photo of me! Your mysterious “Miss Tilling” is in fact Suzi Grant-Fernyhough, who now runs the 96 Club in London, see here. My husband, at that time, was James Tilling’s business partner and it was through James and Ian that I developed my love of classic/cherished cars and les 24 Heures du Mans and I have been involved one way or another with the 96 Club almost since it began… I could also possibly contact Ian and see if he has memories of that period." Please do so Suzi, as the Tilling Minis are still much shrouded in mystery. Meanwhile, I did find another ad of Tilling's wind-up window conversion plus one of another fully converted Tilling Mini de Ville that was offered for sale in 1996 and registered 'LBP 446P'. Who knows what happened to that car? 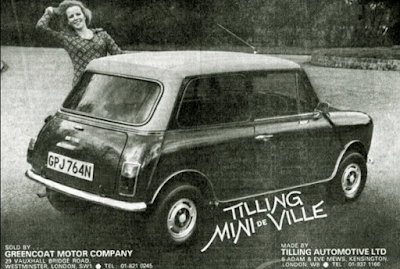 It's Suzi here! That's her in 1975 - 40 years ago and still a classic car lover!
Picture courtesy Sascha Wilkins 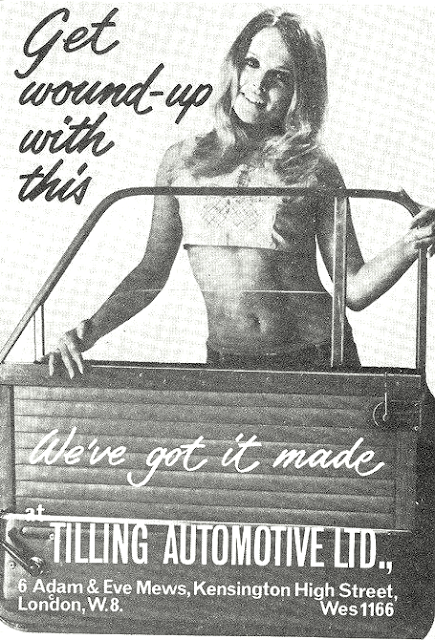 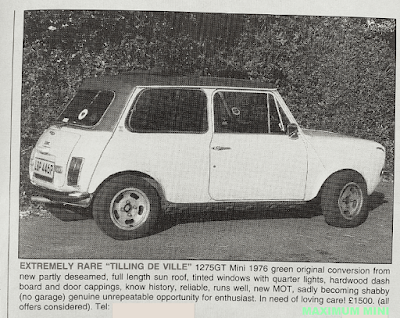 Plus another Tilling Mini de Ville with the signature Landau conversion. Where is it now?
Picture Jeroen Booij archive