Prisoner Moke makes it to the market

Remember the amazing discovery of a supposed genuine Wood & Pickett converted Mini Moke, used for legendary tv series The Prisoner? The car was found by Olivier Bos in Holland four years ago now,  who was ever so keen to restore the car to its former glory - story here. However, things went quite different and due to circumstances Olivier now sees himself forced to part with his Prisoner project.

He will offer the car for sale during the auction held at Carfest South on 29 August at Laverstoke Park Farm in Hampshire. Unfortunately Olivier never found any proof of the car being one of the actual four Prisoner Mokes, but all indications certainly seem to be there. When I interviewed Wood & Pickett's Eddie Collins in 2014 he certainly remembered the car and even managed to get out some old pictures of it, see below, clearly showing the same registration number 'HLT 709C'. Anyway: if you ever wanted to own a Prisoner Moke this is your chance. See the auction description here. 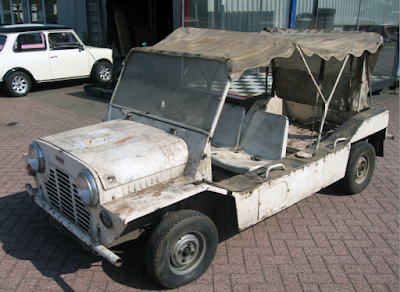 W&P Prisoner Moke comes with all the right features, and many layers of dust...
Picture courtesy Olivier Bos 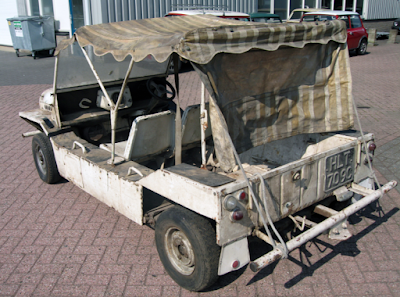 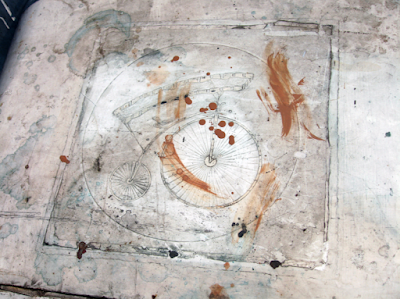 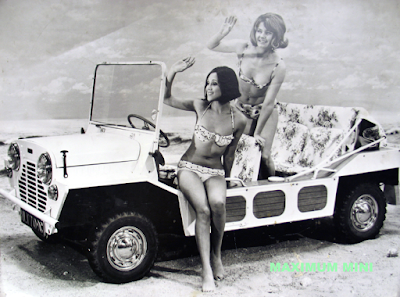 The Moke was built by Wood & Pickett and used for advertisement, too
Picture Jeroen Booij archive 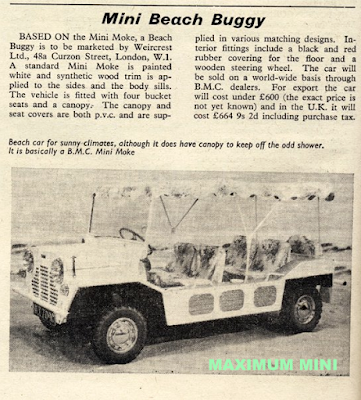 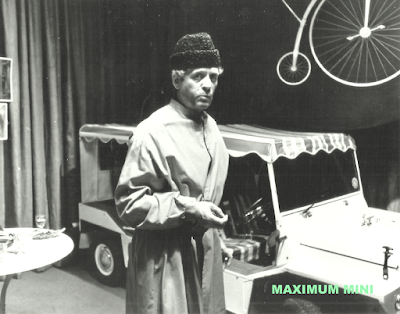 This could be the same car, too. And, yes, that is Patrick McGoohan as 'Number Six'
Picture Jeroen Booij archive