Let's have a look at another car that has reached legendary status among afficionados and anoraks out here. It's the Killeen K16, also known as the Springbok K16 and it is one of many projects by Tom Killeen, a former Jensen engineer and draughtsman who passed away in 1991. And a very ingenious man he seemed, too. All the information that I have comes from Robert J. Allan, who runs the spares department of the British Imp Club (Killeen designed some Imp based cars, too) and who made an incredible effort on tracing Killeen's history (most of it can be seen here). I wrote to him years ago, and he replied: "Hi Jeroen. I have been doing a lot of research into the Killeen cars and have some original photographs of the K16 that have come from Peter Hardy, who is Tom's nephew." Bob's research led to the following (and I'm now richly quoting):

The K16 was a mid-engined open two seater sports car using the 1275cc Cooper S engine transversely mounted slightly ahead of the rear wheels. In Killeen's own words 'The concept of the K16 is the antithesis of the modern production car and intended to cater for a neglected minority.' He meant the advocates of small sports cars which were of minimalist design in terms of driver aids (no brake servo or power assisted steering) but could provide exceptional fun to drive as they are of light weight and have superior handling to most other road cars. The basic structure of the car consisted of two steel diaphragms flanges, a centre backbone tunnel, two high sill pieces and two pieces at the top of the door recess. This frame was covered with a steel skin spot welded onto it and was designed to collapse progressively in the event of an impact. A square section tube frame was attached to the rear diaphragm to support engine and transmission unit and to carry the rear suspension.

The body of the car was designed to be symmetric in shape both top to bottom and front to back. Only four moulds were needed to produce the panels, and the estimated coefficient of drag was 0.27, an incredibly low figure. Killeen's earlier cars used a flat Kamm back, but he believed this one to be better. However, he returned to a Kamm tail for the later K18 and K19. The K16 was a registered design and production was by Springbok Engineering of Sutton Coldfield, Warwickshire. At least one car was built, registered YUE 896J, but there is no vehicle currently registered with this number. Bob concluded: "Unfortunately I have been unable to locate the car, perhaps together we can make some progress?" That seemed like a good idea, and I tried a thing or two, but without any success so far. However, it would not surprise me if the K16 was still hidden somewhere, and so perhaps this little piece may help too. Who knows... 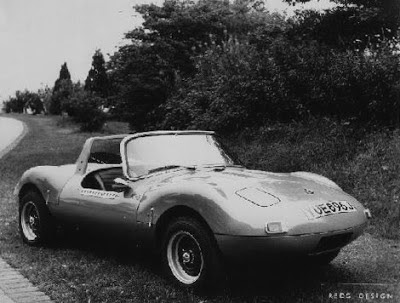 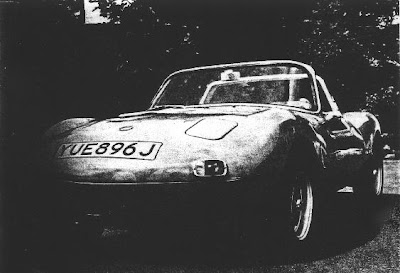 MX5 anyone? But the Killeen K16 dates back to 1971. Registration is unknown to DVLA
Picture courtesy The Motor via Robert J. Allan 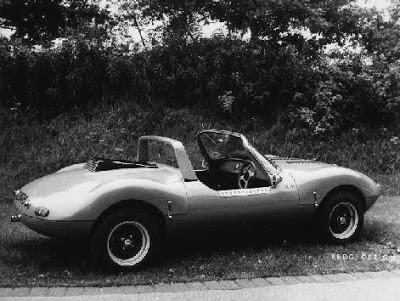 A remarkably basic car concept: mouldings for front and rear are one and the same
Picture courtesy Robert J. Allan 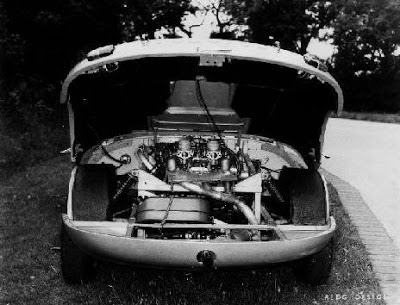 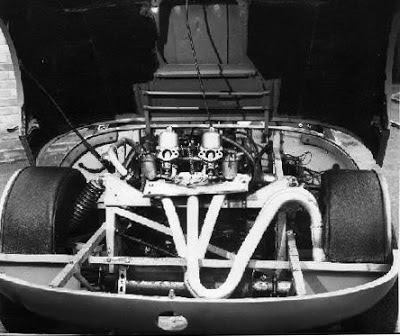 This picture shows the car with a different exhaust system. The Mini (?) tank is gone now, too
Picture courtesy Robert J. Allan

Only 4 moulds were needed to produce all panels. The estimated coefficient of drag was 0.27
Picture courtesy The Motor, via Robert J. Allan

Engine at rear, radiator and petrol tank at the front. Weight distribution must have been good
Picture courtesy The Motor, via Robert J. Allan