And the nominees are...

It's time to introduce you to the nominees for the 'Best Find of 2012'. There were 9 cars suitable for a nomination - I picked out 5 of which I believed they are the best. Now it's up to you to decide which one wins the title. There's a poll on the right side of this blog and you just have to tick the box of your favourite find. The one with the most votes wins - it's simple as that. Now over to the candidates.

1. The lost Maya GT. This was a matter of time, with several reports of its sighting made clear and appearing on these pages. In March this year it was finally found, still in Ashford, as the earlier findings suggested. It is  being restored at the moment. Click here for its story

2. The Radford Traveller. Radford's coachbuilt Minis were sold to the rich and famous back in the 1960s, and every once in a while one finds its way to a dealer or an auction house. This very rare Radford Traveller spent most of its life in France. Click here for the story

3. The farm yard Mini Marcos Mk1. This is one car I would have liked for myself. In fact I arranged to pick it up with the farmer who'd had it in his yard for ages. Problem was that I couldn't make it in time for him to clear his grounds, and so it went to a friend. Story of its discovery here

4. The last of the Triads. If you are into three-wheelers and Mini derivatives, this has to be your choice. It is the 11th and last Triad ever built and came in the shape of an unfinished chassis and body, found in Evesham, complete with all its mechanical (period) bits. Full story here

5. The German Deep Sanderson. Another long-termer, as it took me years to find out about the whereabouts of this car, gone to Germany in the early 1980s. It, too, is currently under restoration while many people have now sent more informations about its background. Full story here 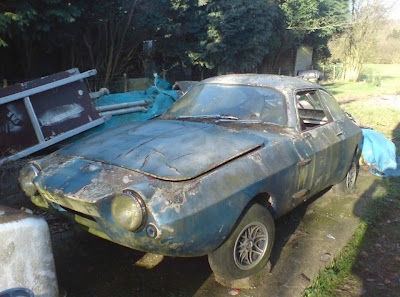 The mystery Maya GT that languished in Ashford, Kent for many many years
Picture courtesy Josh Willis 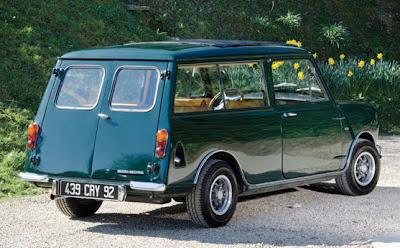 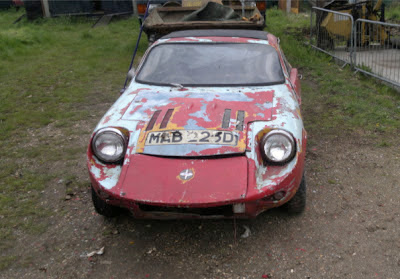 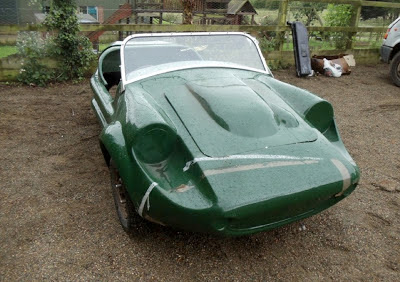