Beep-beep yeah! Today 50 years ago the Beatles launched their first album. And after that it didn't take long before they all had their own coachbuilt Mini by Harold Radford coachbuilders of London. Paul's (GGJ 382C) came in Aston Martin California Sage Green Metallic and with Aston Martin rear lights; Ringo's (LLO 836D) became a hatchback conversion to carry his drum kit; John's (LGF 696D) was black with pitch black windows and George's (LGF 695D) was metallic black but famously repainted in a more psychedelic scheme in the Summer of Love. Three of them survive as John's car hasn't been seen since ages. There is, however, a fourth Radford Mini that has a bit of Beatle heritage attached to it as Beatle manager Brian Epstein was a fan, too. His car is now in a private Beatles Museum in Hawaii.

UPDATE 16:00: Pete Flanagan commented: "Epstein's car in Hawaii is a Wood & Pickett, not a Radford. W&P poached most of Radford's loyal Mini customers such as Epstein, Sellers etc. when their chief sales team defected there in 1966. The interior of Epstein's car is much less refined than a Radford which shows how persuasive that sales team was! Seller's last two coachbuilt Minis came from W&P including the silver Britt Eckland car which sadly was vandalised and burnt in the 1980's." Thanks Pete! 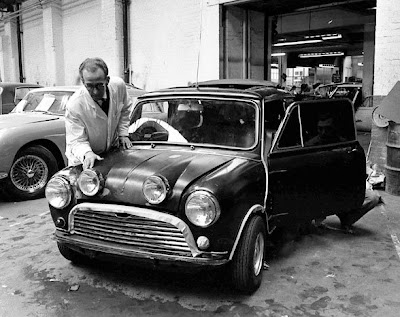 George's Mini under construction at Radford's. It was black before the psychedelic scheme 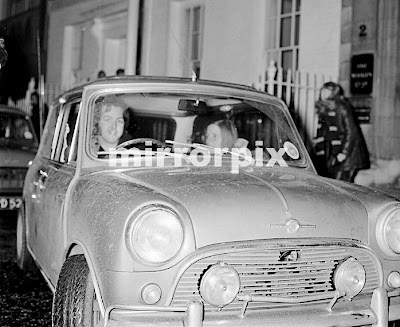 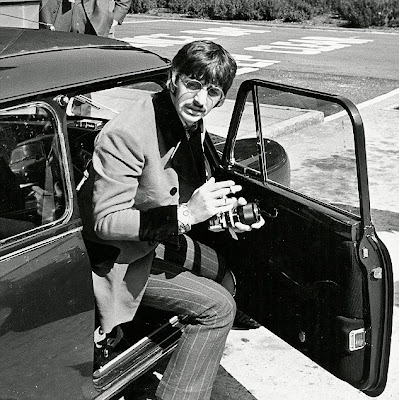 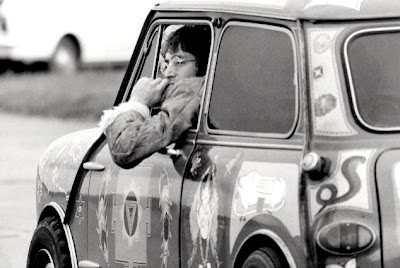 John is seen here in George's Mini. His own black Radford is shrouded in mystery 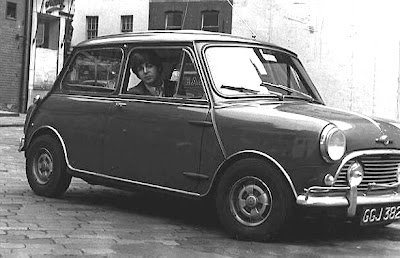