Every now and then former Landar owners or enthusiasts of the Landar marque send me some pictures or material in the old fashioned style: over the post. Some two years ago Tim Frankland sent a lovely R6 brochure that I had never seen before (here); Tim Dyke came up with a stack of pictures (click here) later, followed shortly by Andy Downes' images of an R6 in the 1980s (here). Last week, I received another letter accompanied by some original Landar pictures, this time by Milton Holland of Wolverhampton. Milton wrote: "I hill climbed what I believe was the works prototype R6 in the late 60's and have just come across some photos of my old car. I think my car was the ex-Tim Dyke car as it was white with a gold stripe when I bought it as a rolling chassis for the pricely sum of 350 pounds. I then fitted a 1300 'S' engine on a single Weber and repainted it Ford green with an orange stripe. I met one of the Radnall brothers at Presscot two years ago and believe he was writing a book on the Landar. Regards, Milton Holland." That is, of course, much appreciated, so thank you Milton! I wonder what happened to the car - one of only 10 R6s made... 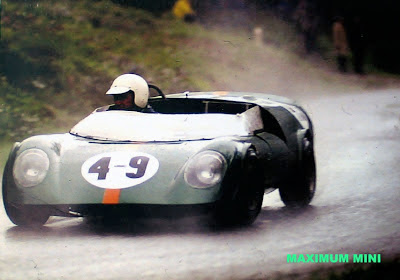 Going into the esses at a very wet Shelshley Walsh. "I had to take my goggles off" recalls Holland
Picture courtesy Milton Holland 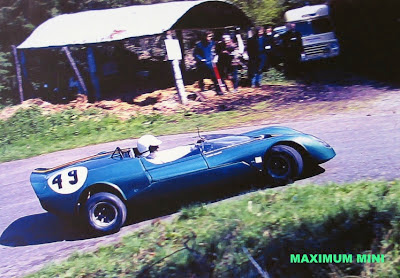 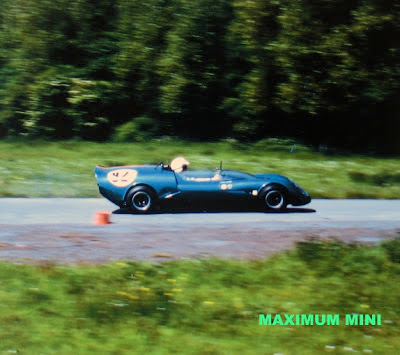