Take a deep breath and jump in the mysterious world of Mini based ultilities. I came across so many in the last few days. Reader Craig Jarrett asked me if I knew more about a car that a friend of him wants to get rid of. He wrote: "It's modified for a TV program, the pedals are the wrong way round and the steering goes in opposite directions, but I'm sure it could easily be put right." His friend is talking about scrapping it "as it's sittng in his garden in a bad way". There are no documents with it, but Craig is sure there must be somebody interested in it. His friend believed it to be a Scamp, but I can assure him it's a Gecko, built by Nick Ingram of Autobarn Fabrications in the 1980s (88 are said to have been made). The television-modifications seem interesting and perhaps anyone out here knows what program exactly it was used for? 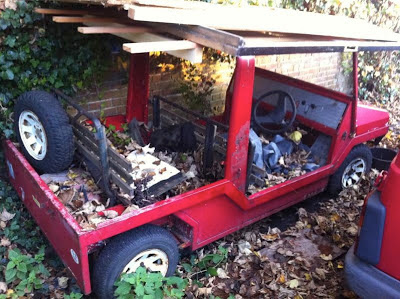 This Gecko is said to be a former TV star. Note the garden furniture inside!
Picture via Craig Jarrett

But Craig's Mini based utility was not the only one that reached me in the last week. Gary Scott came up with another, which is unknown to me. It clearly appears to have been designed with the Mini Moke in mind, but it's surely something else. Home built? Tell me when you know it. 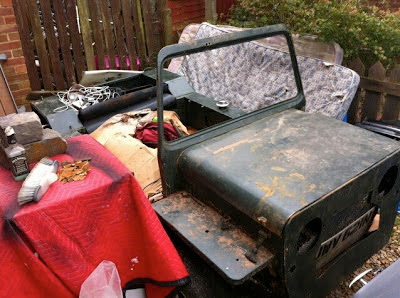 It's not a Moke nor a Jimini, Andersen Cub, Hrubon or Frenette. So what is it?
Picture via Gary Scott

And then Barry Tilbury came up with an ad he'd spotted on eBay. It shows a Jeep-like but Mini based creature which I'm not sure about either. It could be a Lambert Jeep, built by Ted Lambert of Lewisham in the late 70's, or a Dinky Jeep or Capricorn, both of the mid-70's which I know even less about. Or is it even more obscure? Again: you tell me what this is. 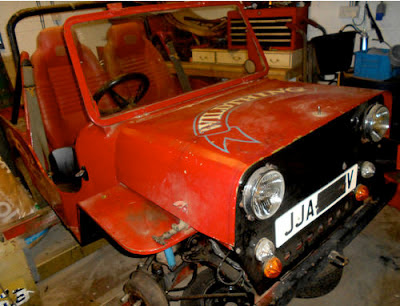 And now that we're talking Moke lookalikes, let's have a look at some other cars that were offered for sale in the last few days. A nice looking Grantura Yak, with rare hardtop, was meant to be auctioned by Baron's but didn't make it's 2,250 GBP reserve. Perhaps because it had been on eBay only months earlier for considerably less money. There was also this nice Scamp Mk3, and another Mk2 said to be Robert Mandry's factory demonstrator; this rather nice AEM Scout (advertised as Moke or Scamp!) and another Scamp - a much modified Mk1 that we have seen here not too long ago. For now: enjoy the weekend! 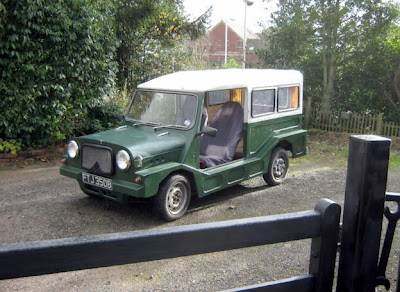 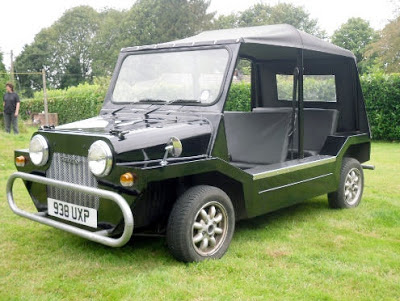 That's Moke nor Scamp! It's an AEM Scout. Some 150 were made from '83-on
Picture courtesy ebay.co.uk 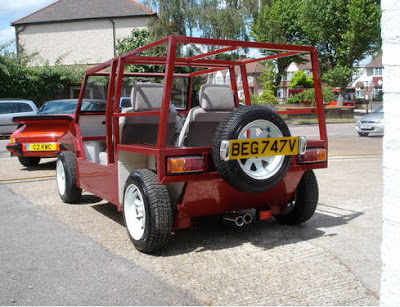 I quite like the looks of this Scamp. A Mk3 on 1979 plates that's in London
Picture courtesy carandclassic.co.uk 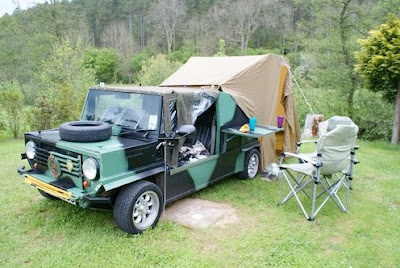 Camping gear optional. This Mk2 Scamp is said to be the factory demonstrator
Picture courtesy ebay.co.uk