Gerry and his pacemaker

Unipower enthusiast Gerry Hulford made it to my book before (that's his machine on page 118) and to this blog (see here), too. More recently, he sent some pictures of his racer on the grid. He wrote: "Hi Jeroen, good to see you have a good supply of pictures coming in on all things Mini and Unipower. Attached some pictures of my car at Brands Hatch back in 2010 when I did an Historic GT race with the Historic Sports Car Club in the Guards Trophy. I have some on-board footage as well which I will put up on YouTube as soon as I have time (he has - click here). The car is now being fettled and will have a respray to get it back to immaculate condition, but none of the 'patina' inside or on the parts will be restored. Just had the engine dyno tested and the homologated 1293cc engine on a single 45 DCOE Weber is seeing 120hp at the flywheel. I could get it higher, but then it would not be original! Whilst homologated on both 10" and 13" wheels, I had to use CR65 tyres for the Historic Guards Trophy race and these were not available on 13" rims. Kind regards, Gerry Hulford" That is, of course much appreciated, so thanks Gerry! 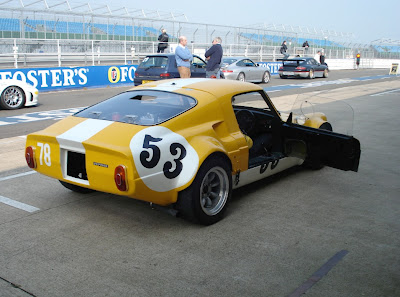 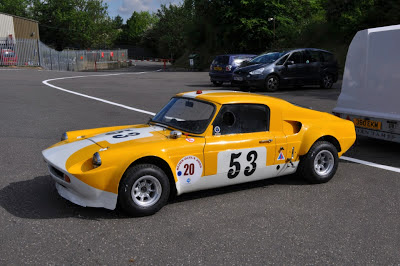 Back on 10" wheels, here at Brands Hatch in 2010
Picture courtesy Gerry Hulford 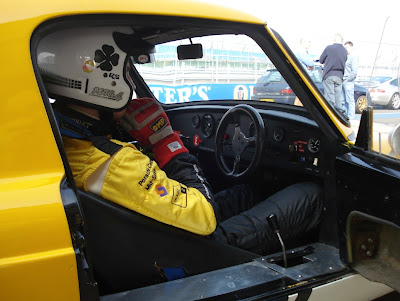 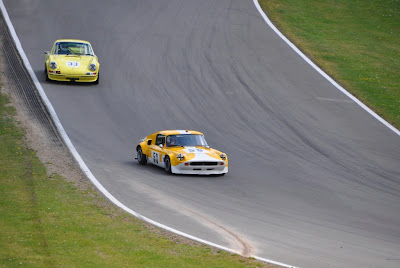 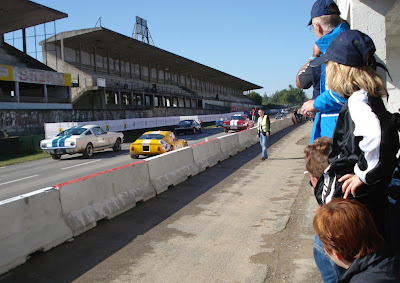