You may have noticed that a Mini Beach car made a lot of money last week during a Bonhams auction in Monterey, California. The car - estimated at $70- 90,000 - was hammered down at no less than $165,000. With the 10% auction fee on top of that, it means somebody actually paid $181,500 for it. The highest price ever for a Mini? John Reymondos, who restored the Beach Car prototype told me: "I followed the sale with great interest. It is probably the most expensive Mini sold at auction. I think only a genuine Monte Carlo winning works car can go higher, or a Beatles/Steve McQueen Cooper 'S'." In fact, a works Mini did go slightly higher in 2007 when a 1964 Cooper 'S' sold for £100,500 - $168,081 at the time. With the auction premium on top of that it came at $184,889.

Quite a few people expressed their objection. I have read several comments on forums of people writing 'Stupidity and too much money' or 'It’s official – the world has gone mad'. On the other hand, at the same auction a Ferrari 250 GTO was hammered down at $38,115,000. That's over 38,1 million dollars - exactly 210 times as much as the Mini. Pocket money for some, it seems.

So who bought the Beach Car and why? I found out by chance when last week a chap from Florida ordered my new book, which describes the Beach Car, too. When I confirmed his order he came back to me, writing: "By the way, I am the crazy person who bought the Beach Car at the auction in Monterey. Yeah, I know...crazy money. What can I say?" He, too, had read the various comments on the web and added: "It seems people are judging me fairly harshly. I don't care what they think, but I would rather not have my name associated with these sentiments." That means I can only introduce him anonymously here. But I did ask him why he paid such a lot of money for the car, though. Did he hanker for a Beach Car for all of his life? He didn't: "I fell in love with the Beach Car the moment I saw it. My home in Florida is in a small community where there are a number of Fiat Jollies and Mini Mokes, and I have been close to buying one for some time. Then along came the Mini Beach Car. I knew I had to have it!"

Without knowing the car's exact background, the auction started. The anonymous and now anxious bidder told me: "The bidding was exciting. I told my friends we were definitely taking the car home, but when I dropped out of the bidding at around $100,000 they thought I was done. I think they were relieved! When I bid again at $155,000, they nearly fainted. I knew it was a multiple of what most people think the car is worth, but a few bidders clearly thought it was worth a lot more. I had to go one more tick to $165,000, but sometimes something is rare, unique, and special. Value and price are no longer set by a consensus, but by the most enthusiastic. In this case, I was the most enthusiastic, although some will say the most foolish. That's okay. Zipping along in the Mini on a warm winter day in Florida, how do you put a value on the grins and giggles?"

He's got a point there. The task is now to try and find out more about the car's history as it 'seems blurry at best', he says, adding: "We figured out in our research before the sale that Bonhams had some of the facts wrong, but we have had a hard time separating fact from fiction." I have already volunteered to help, and so has John Reymondos now. "Thank you for being the keeper of the flame", the new owner wrote. My pleasure mate. I can only be grateful that this great little car is now in the hands of somebody who clearly sees the value of it. 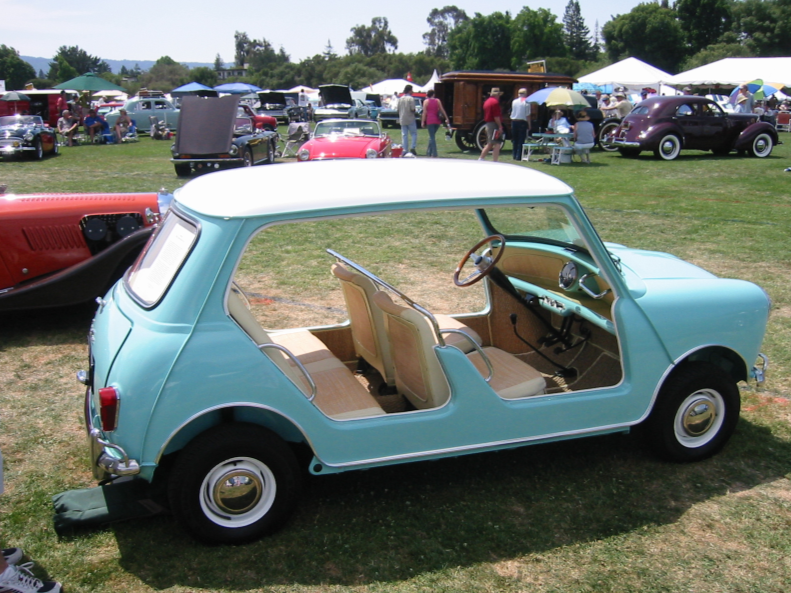 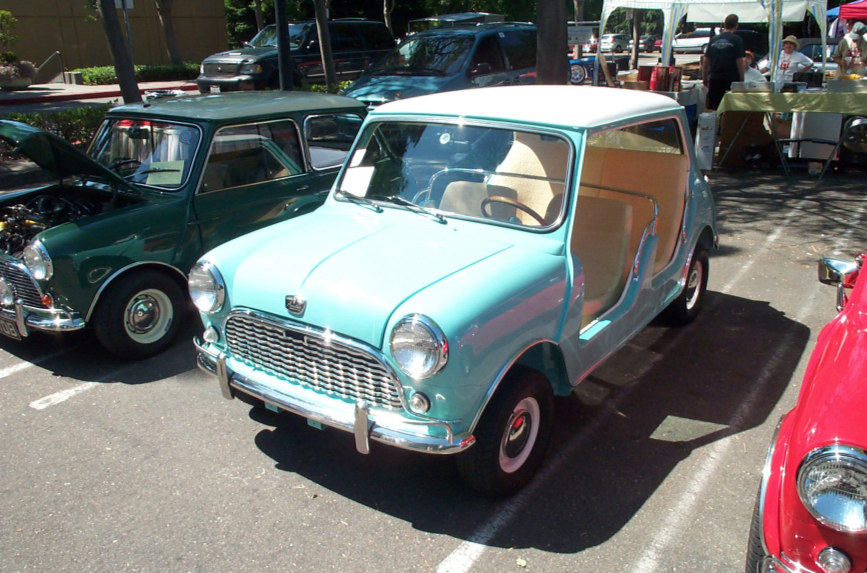 Some features on the car are not correct. The new owner wants to put that right
Picture source unknown
Geplaatst door Maximum Mini op 11:15