Like James Garner himself (who passed away only months ago), his Radford Mini DeVille is no longer with us either, or so an anonymous reader from the USA knows. After I wrote about the car a while ago, he answered my question about if it could survive: "Sorry to inform you, but Garner's Mini was wrecked in the early 1980s on Mulholland Drive by a prospective buyer - he lost control and ran it into a concrete corner-edge head on, pushing the drive-train into the passenger compartment somewhat, and breaking both front wheels. Minus the engine and the surviving Mamba wheels, it was sold to a guy in the San Diego area who was poorly advised to part it out. It was restoreable, and it's a pity people were out for a quick buck. The roof was hacked off immediately and sold for the Webasto sunroof, the boot was also sawed off to make a trailer for someone, (who never did, as far as I know) the interior went one way, and gradually it was reduced to scrap. If I would've found out early enough I would've tried to stop such idiocy - it was a significant Mini, and should've been restored. I did end up buying the Morris Cooper grille after I found out they'd whacked the car up, that was pretty rare over here back then. It's still around on one of my Minis, for sentimental reasons." 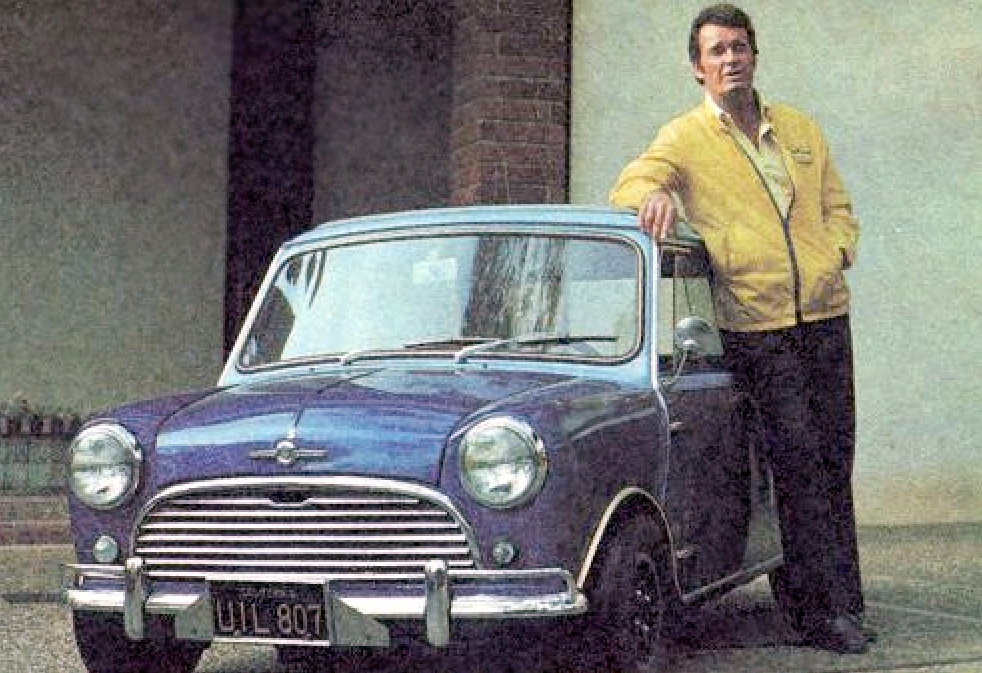 Both no longer with us, but the Mini was the first to pass away
Picture Jeroen Booij archive