Endurance rally mastermind Philip Young died yesterday in a hospital in Bangkok after the injuries from a motorcycle accident during the Road to Mandalay classic rally. Young started his impressive rallying career as a driver in a Magenta, which he built up himself from Mini and 1100 parts, for the the London to Sydney Marathon of 1977.

Last year he told me about the car: "The Magenta actually came second in 1976 in a National rally championship around the UK called the Car & Car Conversions Rally Championship, it was leading until the last round and finished second, beating Ford Escorts and other hot rally cars. It was a popular tough reliable club rally car on the UK club scene with its separate chassis, a buggy type body that used the MG1100/1300 suspension, radiator grille, brakes, engine and some other parts. I drove the car with John Corner in the 1977 London to Sydney and was jailed for going up a street the wrong way in Teheran, but then went on to India single-handed with John Corner and missed the boat sailing out of Madras with the rest of the rally…"

"There was a rival, a Mini 1275 Clubman, entered in the rally by a couple of journalists. The co-driver was Simon Park who was a music composer, who scripted a theme tune for a very popular TV detective series called Vandervalk, about a Dutch detective, it was a catchy tune (click here-JB) that went into the hit-parade here in the UK. He drove the Magenta a lot as they all took turns after I went to jail, and he has written a book about the adventure, called A Little Goes A Long Way. The car still survives today."

I showed him this posting about his old rally beast with Magenta instigator Steve Johnson next to it and he immediately replied: "Wow, I wouldn’t have recognised him. He was not the easiest person to work with, everything took twice as long as he originally promised, it’s a wonder it ever got built!" 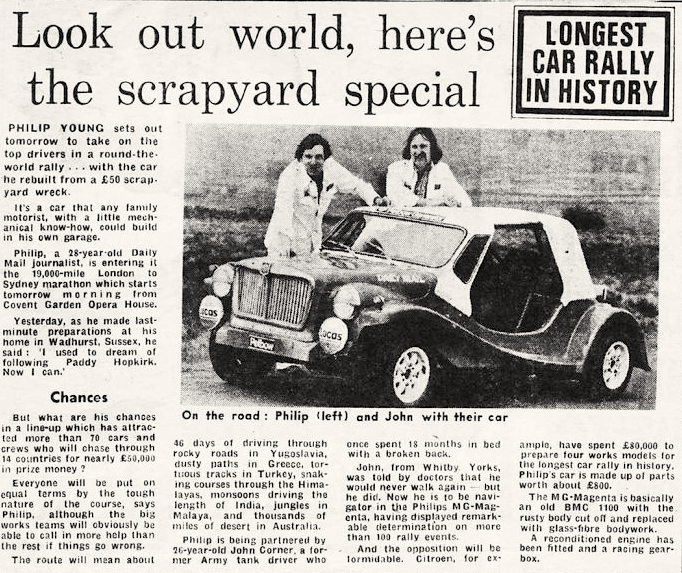 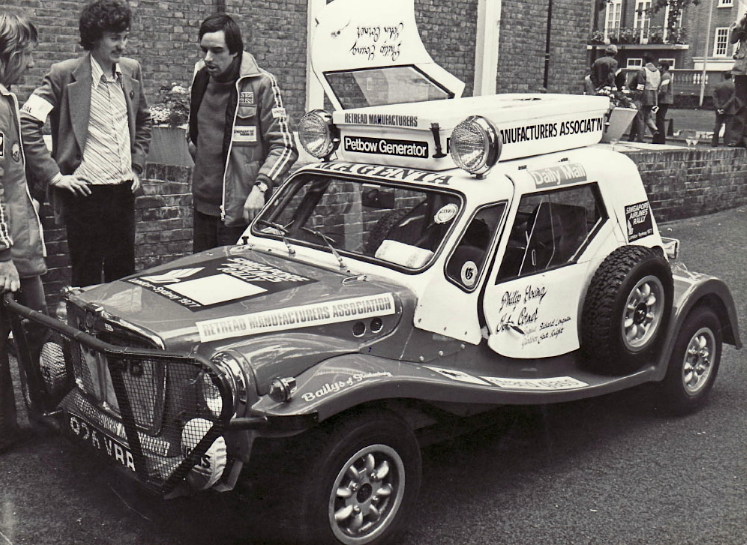 "It’s a wonder it ever got built" said Young, here in rally jacket behind the Magenta
Picture Jeroen Booij archive 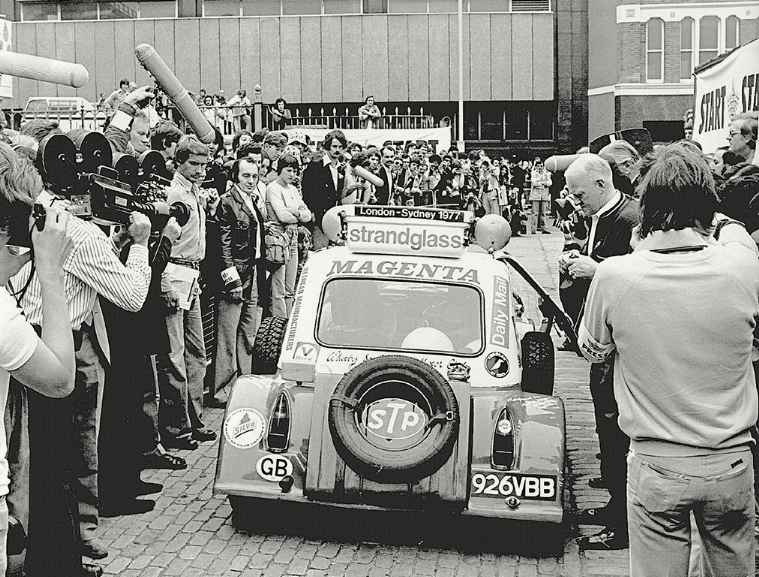 And they are off! Young's Magenta had already been tested severely in rallying
Picture Jeroen Booij archive

UPDATE 15:00 : Alan Barwick writes: "Just to let you know the car that Philip Young drove is now owned by Steve Johnson's son, and so it's gone back to its roots." Thanks for that Alan.