It's Barry Stimson's birthday next week - about time to share another of the many great tales he told me. This one is about a Mini based sports car that never was. But also about the approach that is so typical of Barry. You'll have to love him for it!

"A man called Cooper also came round to the Nissen hut in Chichster where I was building the Mini Bug. I can’t remember what he drove but the car was definitely posher than mine. He’d heard of what I was doing, and I asked him what he wanted. I’m not a namedropper and I honestly didn’t know who he was, which made the conversation go really strange. He had planned to meet me and said his name was Cooper. ‘Like the car’, I said and he said yes. I wasn’t totally sure if he was John Cooper but we had a nice chat. He told me about his twin engine Mini and I said that it sounded dodgy to me. He then said he wanted to build a Mini based sports car and had a sketch that he’d like to show to me. He came with something on a rough piece of paper. Not a beer mat or a serviette, but definitely not a blueprint. ‘What do you think of that’, he asked. By the way he was talking it sounded like it was something done in the pub. I said it looked okay but there was something not quite right about it. It looked a bit like the Biota. Yes, that and a cross between the Deep Sanderson. It wasn’t horrible but he wasn’t happy with it and asked if I was interested. ‘Would you like to do it?’ he asked. I said I was quite busy. We chatted on and he seemed really nice and friendly before he went. That would have been the first day we were in Chichester and he would have been 40 or 45 at the time. It was only later that I was told it was the John Cooper. I didn’t follow it up as I was already doing things I wanted.” 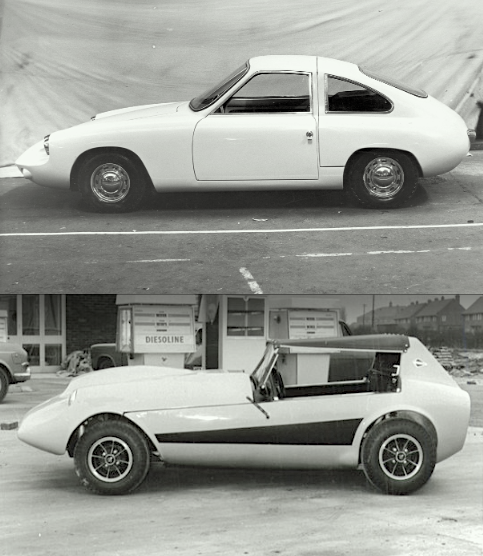 What do you get when you cross a Deep Sanderson and a Biota? A Cooper perhaps?
Pictures Jeroen Booij archive 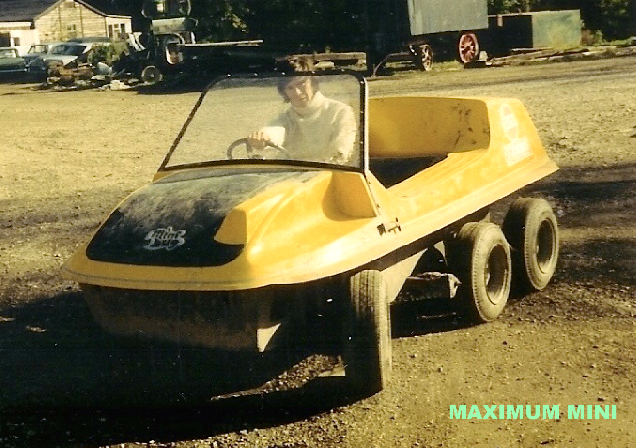 Barry Stimson at the farm in Chichester in a six-wheeler prototype. More on that later!
Picture courtesy Barry Stimson