Recently spotted at a Japanese meeting - another Unipower GT. It looks to be a Mk2 and comes with 1968 or 1969 'G'-registration, wide bodykit and 13 inch wheels. The number plate tells us it was originally registered in Bootle, Merseyside, and uses 1340cc power. Could it be an ex-works racer?

UPDATE 5 January 2016: Definitely not an ex-works car, it was built up by Gerry Hulford using a wrecked Unipower GT years ago. More here. 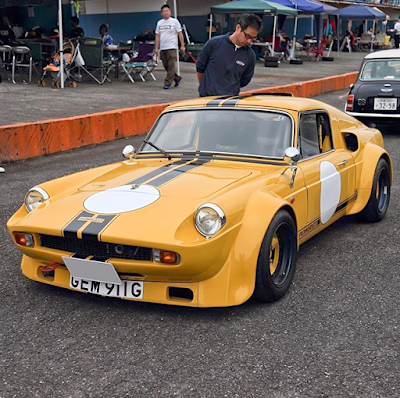 Several Unipower GTs have been fitted with wide body kits, like this one in Japan
Picture via Trevor McNamara
Geplaatst door Maximum Mini op 11:26