Reader Eiji Watanabe contacted me earlier about an Ibis in Japan (see here) and now he found out about not one but two Biotas over in Nippon. The first is a Mk2 and has been spotted before with other Mini variants at meetings in Japan. The second one, however, is even more intriguing. It's another red Mk2 but this time it's built up as a racer, much in the spirit of Biota's original 1972 BARC hill climb car (see here). It has a near-identical bulge behind the driver's seat but comes with a different roll bar design and several other small differences. Could it never the less be the same car? Eiji wrote: "I do not know an owner, but I'll see if I can find some information". I'm looking forwards to it, and keep them coming! 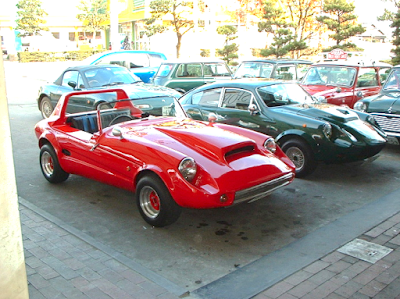 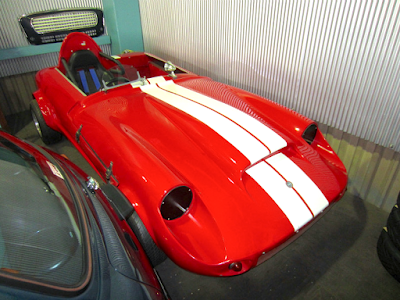 But what have we got here? Could this racer be the infamous Biota hill climb car?
Picture via Eiji Watanabe