Thanksgiving lies behind us and Christmas is on its way: ice and snow will now be soon approaching. Well, they are when you are on this side of the world. Over in the Antipodes Spring is slowly turning into Summer, with temperatures easily reaching 30 Degrees Celsius. It’s there these sunny picture were taken and the car is a local product: the Taylorspeed Mini Jem. That's the Jem built under a license in Australia in very small numbers by John Taylor of Adelaide. These photographs come from the Peter Knight archives and show the car at the Mallala Raceway in Southern Australia, probably in 1968. I think the driver has to be John Taylor himself and the car probably is the red demonstrator seen in various Australian magazines at the time. Any more information is welcomed. 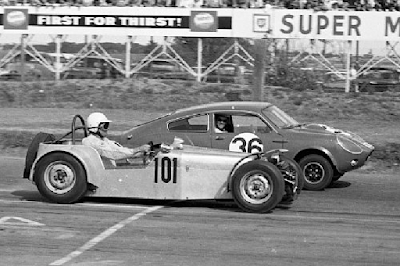 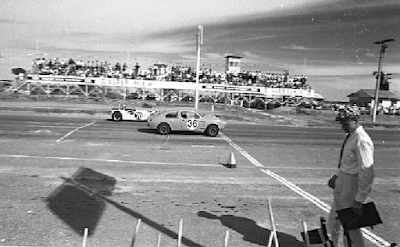