Chopping the Mini's roof: front or back?

There is a lot of work involved in chopping the roof and waistline of a Mini in order to turn it into a MiniSprint or Sprint replica. But there are easier solutions, as the two examples sent over to me this week show. First is a mystery Mini Coupe from Australia (another…). This car, raced by one B. Nunan in the 1960s, has ditched the complete rear screen and most of the c-pillars in order to get that fastback look. It's like the roof has sunken into the car itself! I do like it though and any more information is welcome.

The other picture flashed over by regular Peter Camping shows the opposite: not the c-pillars and rear screen have been cut 'n shut, but the a-pillars and the windscreen have. According to Peter the car was raced or auto tested in the Loire region in France in the late 1960s or early 1970s. But again there's no further information available. Over to you. 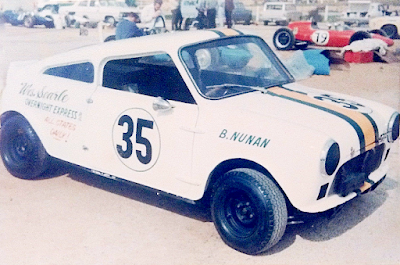 Australian racing Mini got rid of rear screen and most of the c-pillars. It'd be nice to see the back
Picture courtesy Roald Rakers 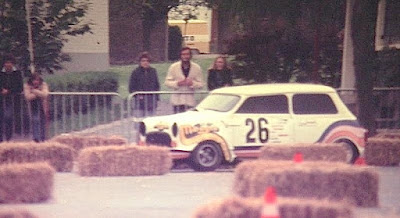 While French racing Mini worked the other way 'round. It supposedly raced in the Loire region
Picture courtesy Peter Camping