A Japanese Cox GTM - or is it?

It's still GTM week here at Maximum Mini, now with a little stunner from Japan. Our Japanese reporter Eiji Watanabe visited this year's (24th) Japan Mini Day at the Tsukuba circuit. In between tons of gorgeous Mk1 Minis he spotted another little gem: a stunning Cox GTM. But hang on. Is it really a Cox or does it only use an early bonnet? Eiji wrote: "The rear body looks like that of a GTM Coupe of the 1970s or 1980s. It is wide arched and the rear end is not flat like that of the Cox GTM. What is your judgment? In any case, it is done beautifully." I think he's right there as the car's rear certainly seems later, while fronts shouldn't be too difficult to swap. Over to you… 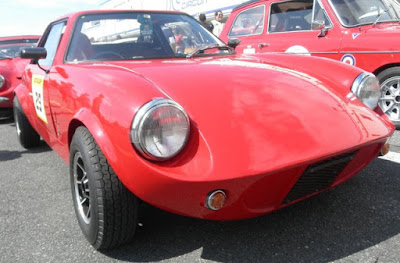 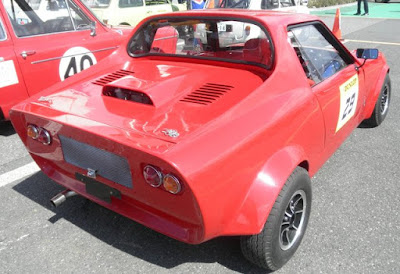 But hang on - the rear says something different. Could it be a much modified and retro'd car?
Picture through Eiji Watanabe