Stimsons shine at Stoneleigh - other are less fortunate

A string of Stimsons was supposed to come over to Blyton Park this year, but hey, they didn't make it. Fortunately two of them - Philip Lyons' Stimson Scorcher and Paul Wylde's Stimson Mini Bug found their way to Stoneleigh, so I had a chance to see them there. Philip's Scorcher supposedly is the only one on the road at the moment, while Paul's Bug only just reappeared after a very long restoration. It looked splendid and it was great to finally catch up with him and his son Tom. Paul is a great Mini derivatives enthusiast and multiple Maximum Mini Christmas puzzle winner who's helped me to several  stories in the past years.

Meanwhile, he just sent me over a picture of a Stimson collection that seems to feel rather sorry for itself. We see two derelict Mini Bugs plus a Scorcher together with a Siva Buggy photographed behind a fence. I did recognize the second Bug from the left from another photograph of derelict Stimson of years ago. At the time it was joined by another Bug plus a Stimson Trek. Who knows more about any of them? 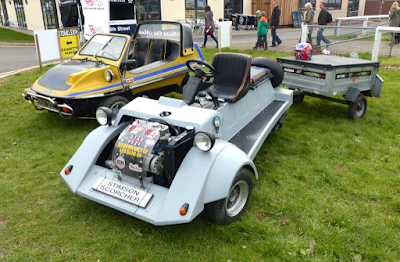 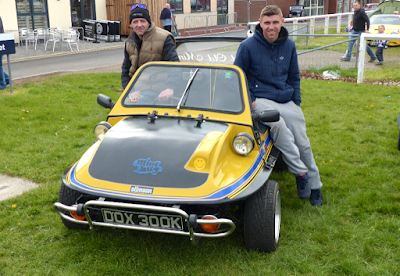 Paul Wylde (left) with the car he's owned for over 20 years. He has shots of his son Tom (right) in it as a toddler!
Picture Jeroen Booij 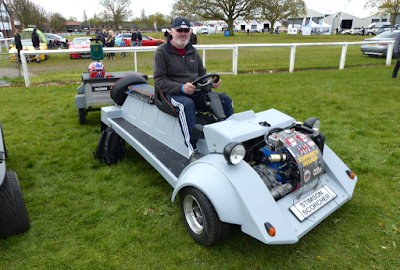 Philips Lyons on his Scorcher with tow bar and trailer to carry his camping gear. Brave man!
Picture Jeroen Booij 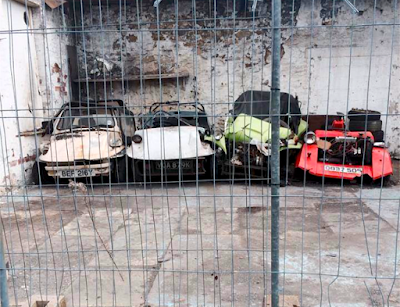 But what do we have here? Left to right: Stimson Mini Bug x 2, a Siva Buggy and a Stimson Scorcher
Picture via Paul Wylde 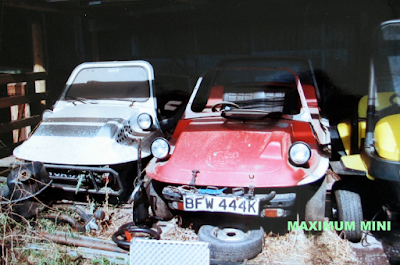