Portugese Marcos with a difference

Reader Alex Coreira sent in some Mini Marcos shots from his native Portugal and supposedly taken at Vila Real in the 1980s where it was raced by a Antonio Batista. Like the famous TransXL Mini Marcos as well as Pete Crudgington's Granny Smith Racing Marcos, this one also has a much altered and streamlined body but still it's a racing car unlike any others. Who knows more about it? Ultra low nose and ultra fat and integrated wheel arches. It's a Marcos unlike any other
Picture via Alex Coreira 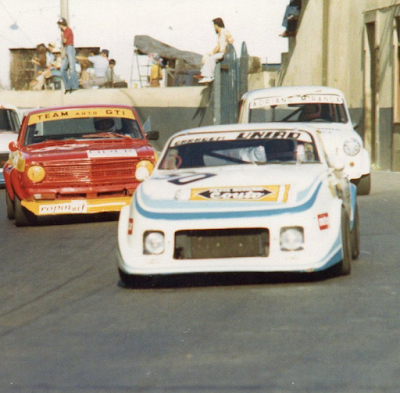 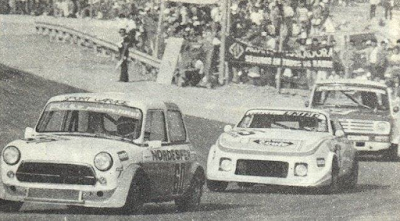 And in anger, too, or so it seems, giving the racing Minis a hard time
Picture via Alex Coreira

Update 13 July: Francisco Costa is very quick with a reaction, including the photograph below. He writes: "I have some more pictures, but I don't know much more about the car. I do know some old folk in Vila Real that may know, but only when I get back there can I ask (I used to study there and fell in love with the circuit and all it's story. This picture is Vila Real, early seventies I think. In your second picture I can't recognize as Vila Real, looks more like Vila do Conde (another portuguese circuit raced at the time). The third also looks more like Vila do Conde, but I may be wrong." 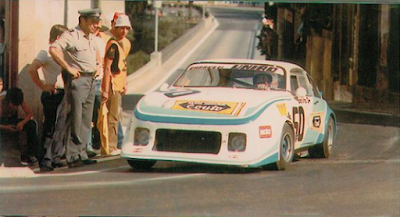