Where is the Sandringham 6 Mini?

It's good to have a pair of eyes and ears in every possible corner of the UK, and Gary Buesnel has been my help on the island of Jersey for some years now. When he read Maximum Mini 3 recently he wrote to me again as he was surprised not to find a mystery car in it that he is intrigued about for decades now. It's a six-wheeler which was supposedly built for the chairman of the Sandringham Motor Company, which were based in Neath by the time it was built. The car was advertised in the Jersey Evening Post at around 1980, when Gary spotted the ad with the following words:

"AS SEEN This is a (one off motor car) this Mini has been converted to a Sandringham (super) limousine fitted with extended body and converted to six wheel motor car. As seen has a (Rolls-Royce grill finish) this alone cost in excess of £2,500. This motor car is black with black velvet buttoned-back upholstery, full sun roof, also fitted with leather edged coney carpets and has covered (chauffeur driven) mileage of only 6,000 miles. This 1275 GT was built for the chairman of Sandringham Group of Motor Companies. A very special price for a one off motor car at £6,750. Finance and Part Exchange arranged."

Gary wrote: "I never saw this car on the island and in talking to other people it never was, however it was very unusual to have appeared in the Jersey Evening Post. The person selling it seemed to deal with oddball cars like this and had a number of cars for sale from a private residence all placed with this type of advert in our Jersey Evening Post. I recall other cars for sale like Aston Martin Lagondas etc. This person had no garage or showroom and seemed to operate from a private house. The adverts appeared for these cars for about a year or so with various cars for sale and then the person disappeared."

"It may have been that in Jersey at that time (and still today) that car/vehicle regulations were more relaxed than in England / the UK and it would have been easier to register/sell the car without having to go through the more rigorous tests that perhaps these sort of cars would have had in the UK, maybe… just a thought. Also, on the Island there are very wealthy people that are/were looking for something different. It may have been that the Chairman of the Sandringham group of companies that this car was reportedly built for actually lived on the island or perhaps the company was registered in Jersey and disposing or selling the car on/in or through Jersey would have had positive financial or tax benefits. I have a feeling that there was more than one of these cars, albeit perhaps from another company. Let's see what comes out from other people."

Great idea and thanks for sharing this one with us, Gary. Below you'll find the sketchy image that was printed in the advert plus two images from another Sandringham 6-wheeler conversion, so the Mini fits. 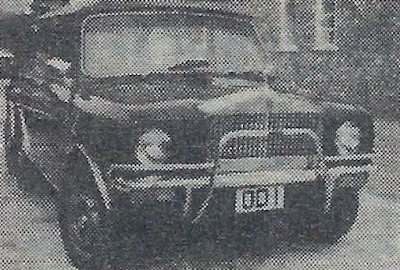 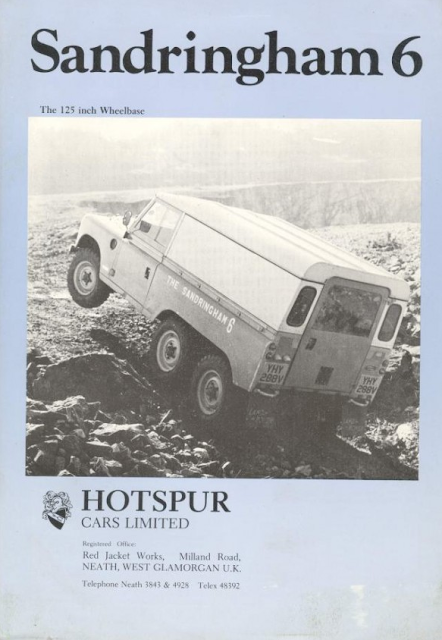 The Sandringham 6 was a Land Rover based conversion with 6-wheel drive
Picture courtesy www.lr-mad.co.uk 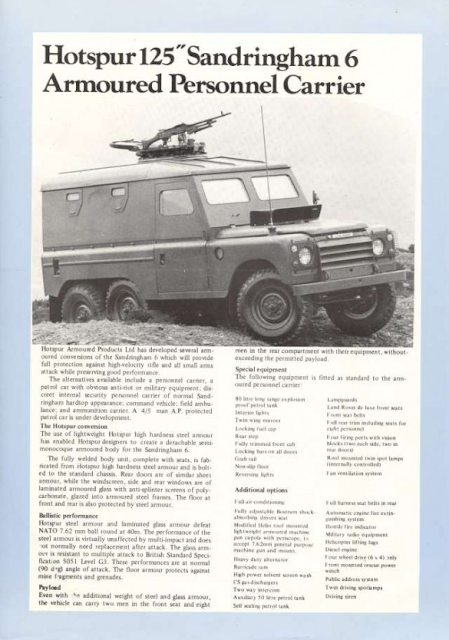 A company named Hotspur was involved, too. Did they have anything to do with the Mini, too?
Picture courtesy www.lr-mad.co.uk