50 Years ago today: Derivatives at the 'Ring

On September 4, 1966, the 500kms of the Nurburgring took place at the German circuit of the same name, attracting a string of British teams with Mini based sports cars - all of them brand new at the time. There were Three Mini Jems entered (although I believe just one of them made it to the race); two Mini Marcoses and a Fletcher GT. With start number 14, the Mini Marcos of William Dulles did not finish and the same went for the other Marcos - number 26 - and driven by Roy Johnson. The Fletcher GT with number 15, with John Hendley at the helm also did not make it the the finish line. The Mini Jem, definitely one of the very first cars built, and raced by Jem-instigator Jeremy Delmar-Morgan himself did considerably better. It finished 18th overall, four laps behind the winning car.

UPDATE 5 September: Richard Porter writes: "The results can be found here. All three Jems started. Ron Parkes completed 6 laps and Mike Walton failed to complete a map. They are recorded as 'DNF' not 'DNS'. JD-M was 2nd in the 1,000 cc Prototype class." Thank you Richard! 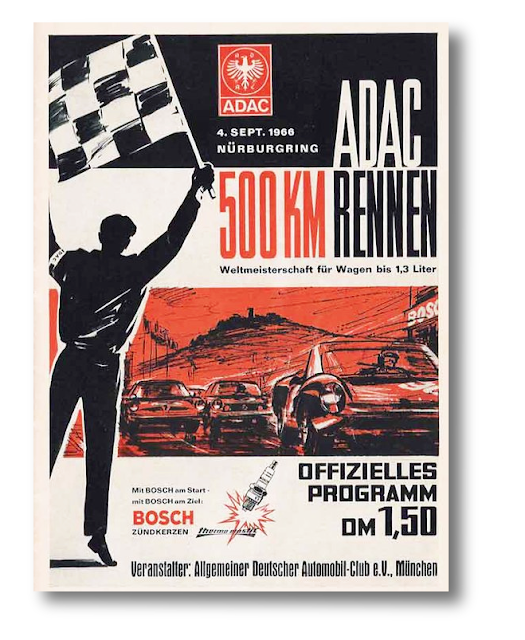 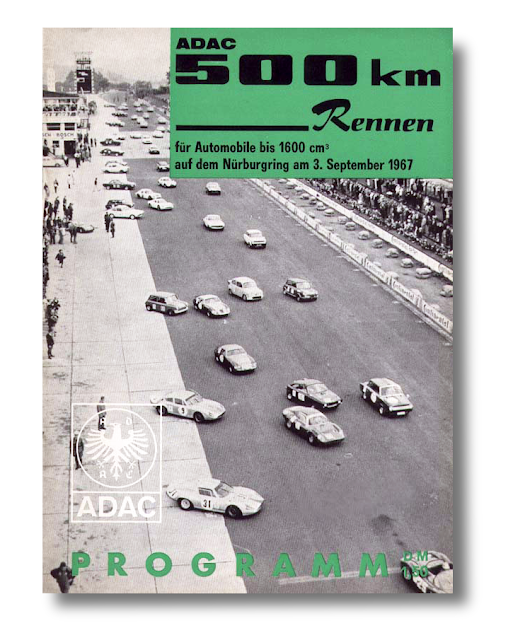 But I have this one, too. The unofficial one perhaps? Also note Fletcher GT on the cover
Picture Jeroen Booij archive 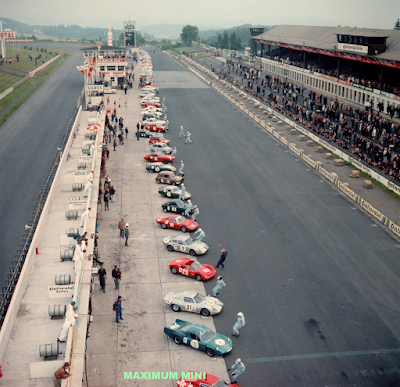 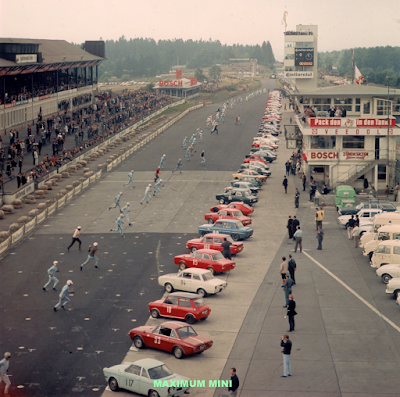 And I have one from the other side of the pit street, too. Taken seconds earlier at the start
Picture Jeroen Booij archive 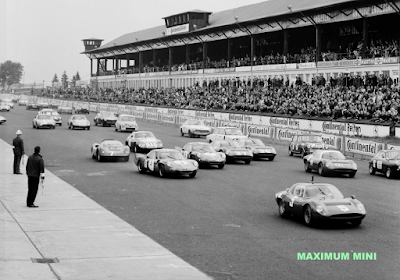 Agan, some seconds later, this one is taken. The Fletcher is in the far right corner.
Dulles' Marcos can just be seen, too
Picture Jeroen Booij archive 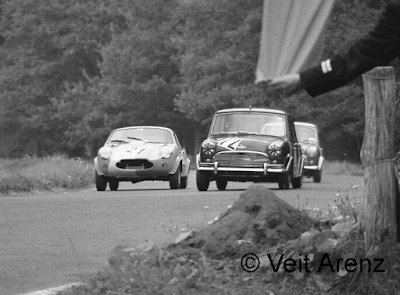 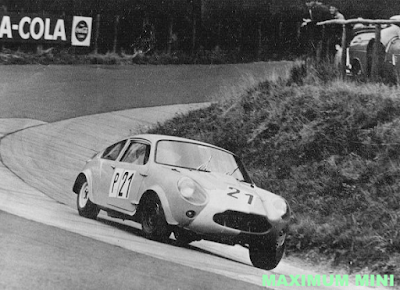 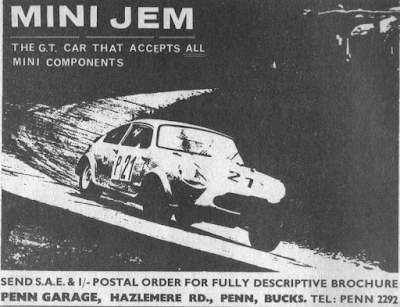 Jeremy Delmar-Morgan must have liked it so much he turned it into an advertisement!
Picture Jeroen Booij archive 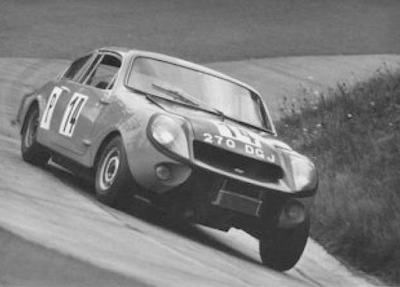 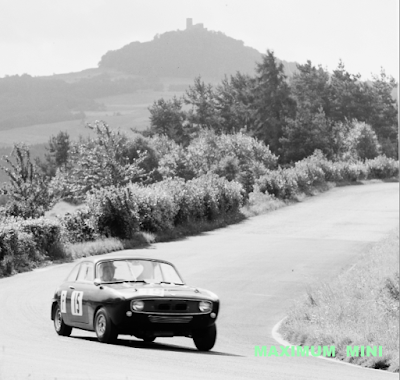 Not in the Karusel, but least as good: The Fletcher GT with the ruins of the Nürburg in the back
Picture Jeroen Booij archive 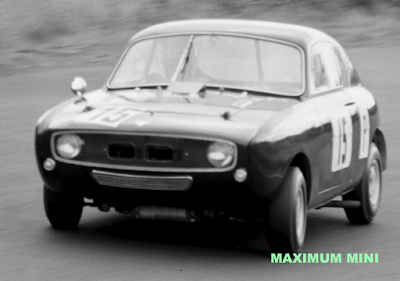 John Handley was of course well known in racing circles. Unfortunately he did not finish the Fletcher