Code cracked: the Unipower GT in the Japanese warehouse

Well, well... I can finally tell you more about the mysterious Unipower GT that is hidden in the derelict Proauto warehouse in Gifu, Japan (more here and here) that has caused headaches to some. I can now confirm it is a Mk1, wearing chassis number 016831 - car number 31, built in Perivale in January 1968 - which was registered in the UK as 'NPN 16F' before it was snapped up in Japan. It is supposedly still equipped with its original 998 Cooper engine while being originally light blue in colour. In the 1980s the car was seen regularly at shows and meetings in the UK when it was owned by Paul Wickenden and when it was bright orange in colour.

In 1988 or 1989 the car was exported to Japan, and went to Osaka where it was registered in 1990. A year later several parts were renewed and the single carburetor had been changed to double SU HS2s. By 1991 it found a new owner in a mister Fukui. I haven't been able to conform it, but it seems that mister Fukui ran Proauto in Gifu at the time, which was a large import company, specializing in British and European classics. All three floors of Proauto's warehouse in Gifu were filled with cars and lots of them are classic Minis, but also Mini Marcoses and several rare Abarths. The company ceased trading some years ago and the whole lot was sold to the current owner, who supposedly does not want to do anything with the cars. One day, though… 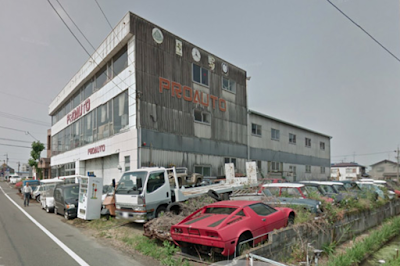 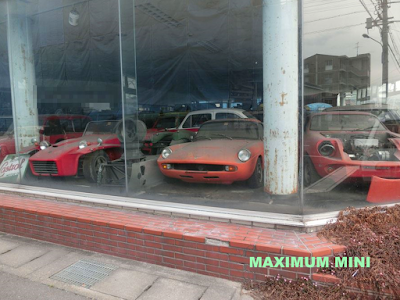 Jammed in between a Lotus Seven S4 and a Mini Marcos, this Unipower sits there for a long time now. Will it ever be freed from there?
Picture courtesy Google Street view 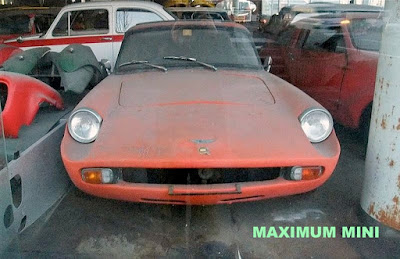 Until so far it was unknown (to me at least) which car it exactly was. But now we know!
Picture Jeroen Booij archive 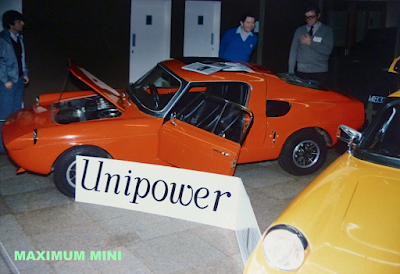 That's it, back in the mid-1980s in the UK. It wears chassis number 016831
and was registered NPN 16F at the time
Picture Jeroen Booij archive 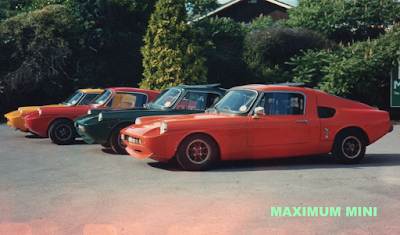 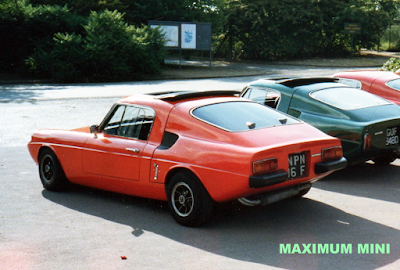 The rear of it is rather unusual. Note added rear bumpers and changed rear lights
Picture courtesy Tim Carpenter 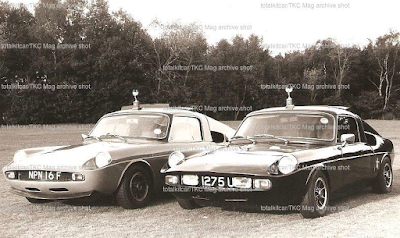 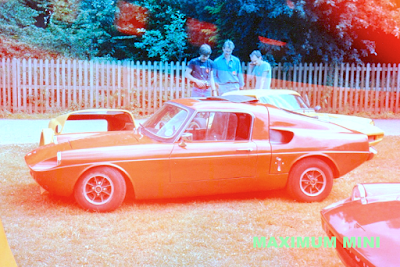 This picture is unfortunately overexposed, but was taken in the Summer of 1987 and shows the car very well. It appears to have chrome rear bumpers at that time
Picture courtesy Tim Carpenter 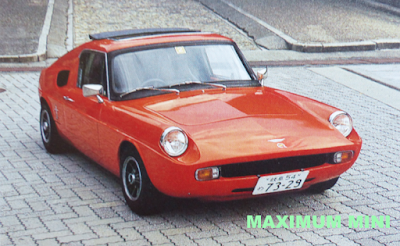 In 1988 or 1989, the car is exported to Japan, where it received a new registration number in 1990
Picture Jeroen Booij archive 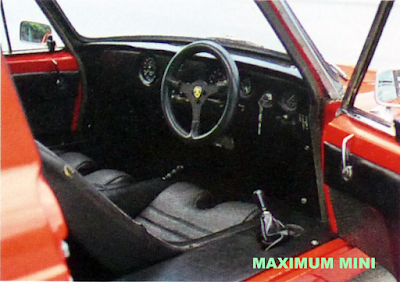 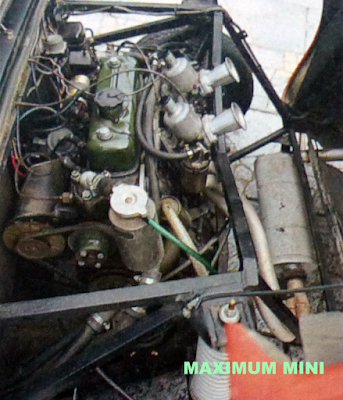 The car uses a 998 Cooper power plant, supposedly the original engine it came with
but the double SUs that were fitted to it while in Japan
Picture Jeroen Booij archive