They certainly aren't the best quality photographs seen here, but at least they have emerged. Three more pictures of the Mini, modified by the Sydney Technical College in 1965 (see earlier post here) We can now see the car with its fastback hatchback closed, too, and have a detail shot of the faired-in headlights, which seem quite unique to me. The original caption with one of the pictures mentions it was built on a Morris 850 base and the paint job was done with Viton paint 'giving a deep red glow'. In 1967, the Sydney Technical College was responsible for this car, too. 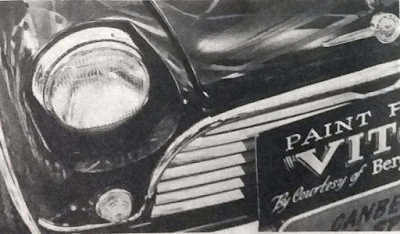 Recessed headlights and a deep red glow certainly made this Mini stand out
Picture via Milton Lewis, courtesy Robert McQuirk 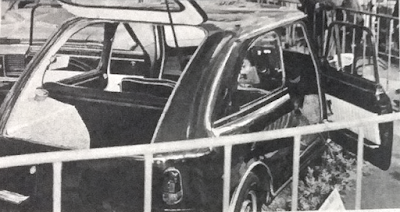 But it's the rear that really differentiates it. Is this a hatchback fastback?
Picture via Milton Lewis, courtesy Robert McQuirk 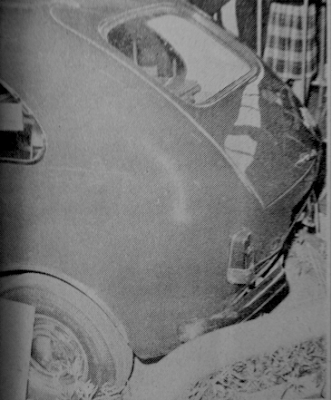 Different view, and now with the hatchback door closed. Who knows more about the car?
Picture via Milton Lewis, courtesy Robert McQuirk