Think of the Grantura Yak as a Spartan workhorse? Think again. World most lavish Yak lives in Trinidad and Tobago with Richard Sookdeo. Richard purchased the car from an oil company called Trintoc (now Petrotrin) and wrote: "They used the car for expats to drive between buildings / plants and it was eventually left abandoned (the shell alone) and we made the necessary arrangements and purchased it. We later bought a classic Austin Mini and started our restoration project . The car carries a two series number plate which shows how old it is in Trinidad (PH - 8414) and our schemes go like PH-PZ; PBA-PBZ; PCA-PCZ; PDA… with PDM being present. The yak now has a Metro 1300 engine with a Weber installed and is upgraded to original Mini disc brakes at the front. It was further customized with a sound system which compromises of some dvd screens and a box in the back of the car - everything could be removed to show the original car at any given time."

It seems Richard even used the car at his marriage. Thanks for getting in touch! 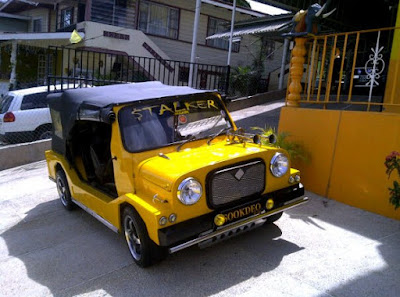 This looks like a fairly standard Grantura Yak, but then you haven't seen all of it...
Picture courtesy Richard Sookdeo 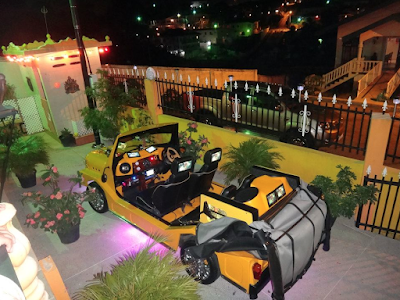 … television screens, neon lights, stereo systems and a dashboard unlike any other
Picture courtesy Richard Sookdeo 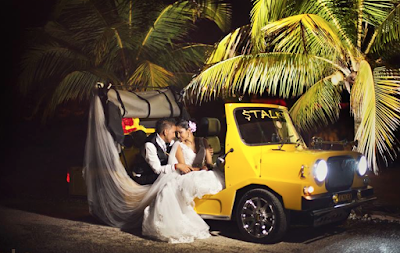 It's Richard's pride and joy and he even used it at his marriage. Congratulations mate
Picture courtesy Richard Sookdeo
Geplaatst door Maximum Mini op 10:44