After the much-debated sale of an Austin Mini Beach Car to a man in Florida some two years ago (full story here), I followed the sale of a similar car in the US with a keen interest. This car was certainly better than the other one, fully original with first paint and 846 miles from new. Remarakbly, it made a considerably lower price, selling at $56,100. From the Barret-Jackson blurb: "This Austin Mini 'Jolly' defines rare. First, it is the ultimate body style. Second, except for routine maintenance, it is totally original. Finally, it has only 846 original miles (not indicated on title). This 805cc/34hp Jolly with 4-speed manual transmission..." Ahem. It's not a Jolly, it doesn't have 805ccs and the ultimate body style? Well, anyway.

What's more: the same car was offered for auction with the same seller in January 2009 when it had 809 miles on its clock, so it did under 5 miles a year. Perhaps the MOT station was at just over 2 miles from where the car was stored? But seven years back it made $53,900 - that's just $2,200 less. What does that learn us? Don't invest in Beach Cars? Is the Mini hype cooling off? Or was the car of two years ago just a most exceptional sale? You tell me. 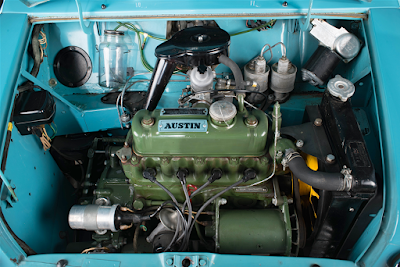 Very original: this 850 engine ran only 846 miles from when it was new back in 1962
Picture courtesy Barret-Jackson 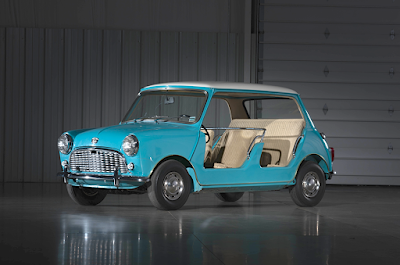 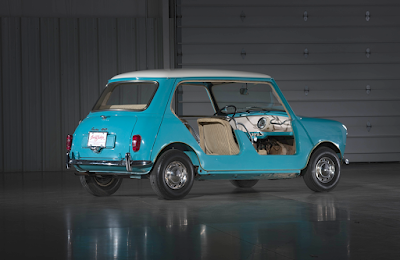 Fully original. I have seen a picture of it with a British registration behind that US plate, though
Picture courtesy Barret-Jackson 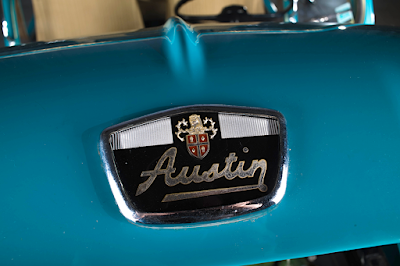 All the Beach Cars were Austin badged. Most were left hand driven
Picture courtesy Barret-Jackson 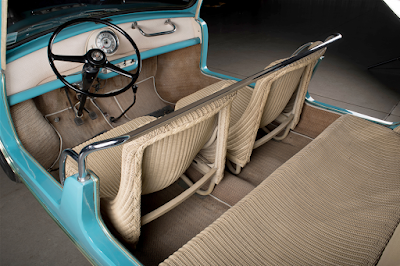 Unlike the 185,000 dollars car, this one came with the correct and original interior, too
Picture courtesy Barret-Jackson