Avid Maximum Mini fan Paul Wylde finished the long-term restoration of his Stimson Mini Bug earlier this year (see here), but couldn't live without a Stimson project. Enter a Safari Six he'd been chasing for years! Paul finally managed to persuade the owner in parting with the car and is now working full steam on another restoration job. He wrote: "The guy I bought it from got it when he was 11 years old. His dad said it came from Barry Stimson and collected it from Rochdale. Whether they built it or if it was already done I don't know, but will ask his son. He is in his fifties so it may well have been new at the time." Great work Paul, and do keep me posted on the restoration!

All the Safari Sixes that I now know of are:

Do let me know if you know of any others.

UPDATE 19:30: Paul is the man to know more! He says: "NPX 144J was a Mini Bug registration Barry used on the prototype Six until it was registered with JYM 2K. Here are a few more to add to your list: TYP 1L,  GDW 53L and one in the US (AMX ??K). Then there is the blue one with no registration in Belgium and one a guy had down by where I live, which is still in hiding along with a Mini Bug…" Cheers mate! 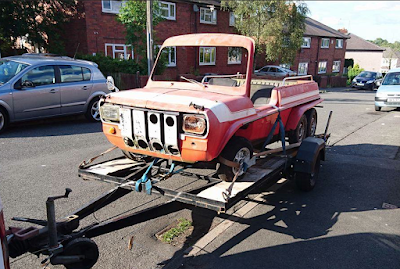 A Stimson Safari Six is rare. This one presumably comes from its very first owner
Picture courtesy Paul Wylde 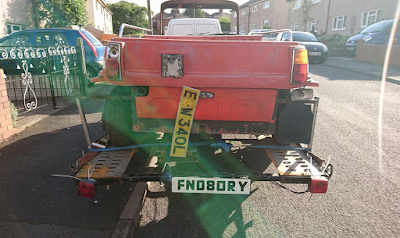 EAW 340L is one of six different registered Safari Sixes that I have photos of. There must be more
Picture courtesy Paul Wylde 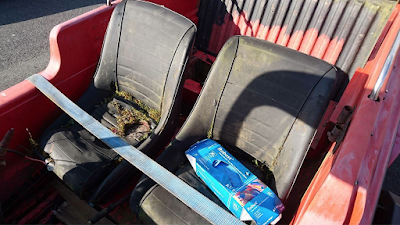 It seems that the car stood outside for a long time; Paul is giving it a full nut & bolt restoration
Picture courtesy Paul Wylde 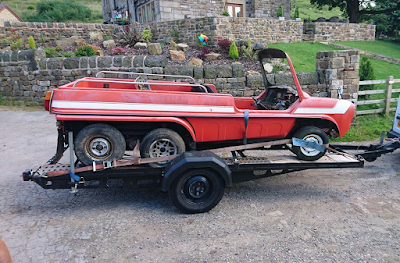 Safari Six uses a 12" wider rear track than a Mini, giving it a large pick up deck - and six wheels
a Picture courtesy Paul Wylde 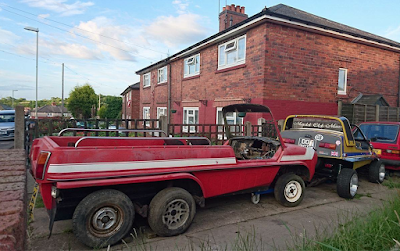