Unipower owner Tim Carpenter took his GT to Goodwood in September, and had a chance to snap Stirling Moss with it. Tim wrote: "Please see attached some shots taken at the Goodwood Revival at the
beginning of September. They re-enact the shot of Sir Stirling Moss and 'A Model' taken at the 1967 Racing Car Show." Meanwhile, he took it to Castle Combe last weekend, too, where Pete Flanagan's Unipower was also seen. In fact Pete's red ex-Janspeed racer is the actual - then white - car shown with Moss and Monika Dietrich in '67. Well done boys! 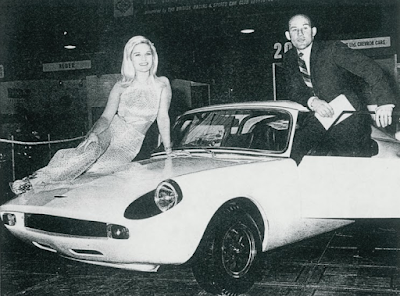 Moss and model back in 1967, when the Unipower GT was launched at the Racing Car Show
Picture Jeroen Booij archive 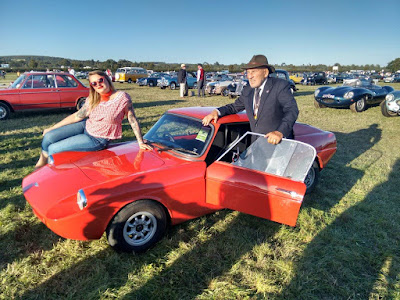 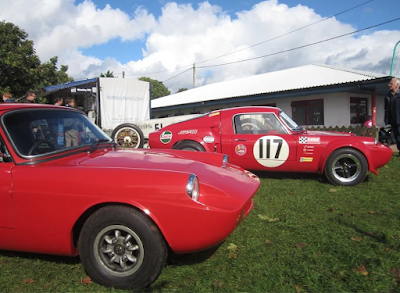